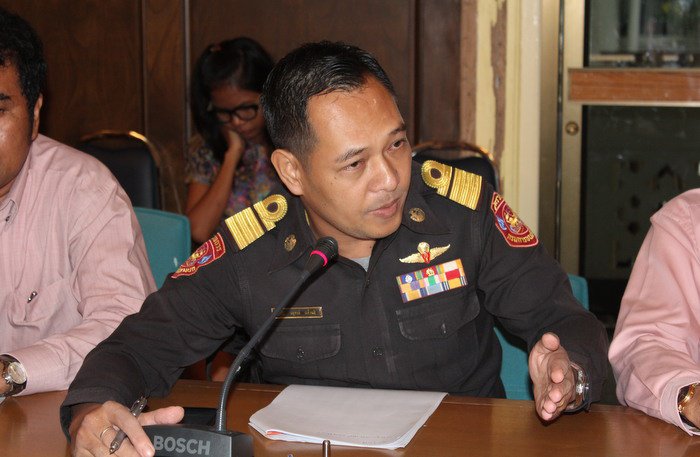 PHUKET: The airport taxi driver who was under investigation after a social media post from a passenger went viral last week has been fired, confirmed Phuket Land and Transport (PLTO) Chief Policy Adviser Jaturong Kaewkasi.

Montira Sakorn’s Facebook post alleged that the taxi she hired from the airport to Patong failed to bring her and her boyfriend to their destination. Instead, the driver left them stranded at the taxi company’s building in Thalang for an undisclosed amount of time (story here).

Taxi driver Muhammad Arobee Mooshor, an employee of the Airport Limousine and Business Service Cooperative, was initially fined 1,000 baht and had his licence suspended for one month for failing to bring his passengers to their final destination. However, PLTO officers continued to investigate the case.

“The investigation results revealed that Mr Muhammad had told the passengers that he needed to stop by the taxi company’s building in Thalang. However, it was just a ploy to let tour companies try and sell holiday packages to them,” said Mr Jaturong.

Mr Muhammad was fired on November 5. The owner of the taxi that Mr Muhammad was hired to drive has been prohibited from using the vehicle as a taxi for one month.

“This shows the strong cooperation between the PLTO and the Airport Limousine and Business Service company. It should serve as a good example for future cases,” Mr Jaturong said.

However, Mr Jaturong noted the difficulty that his office faces with receiving incident reports regarding these types of cases.

“We know that some airport taxis stop by tour counters to let the companies sell packages to the passengers so that they can earn commission. However, the problem is that a lot of passengers don’t actually file any complaints. We cannot take any action if there has been no complaint, as we can only assume that the driver and passenger are in agreement,” Mr Jaturong said.

Mr Jaturong urged anyone with such complaints to immediately report the incident to local police.