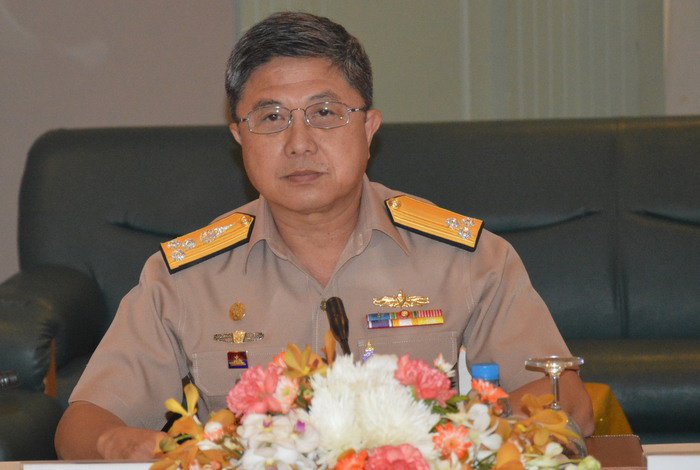 “We received a complaint that someone was using our name to extort money from the island’s beach vendors,” said Sayan Prasongsamrej, commander of the Royal Thai Navy Third Area Command. “We will track down whoever is falsely presenting themselves as a member of the Navy and take legal action against them.”

“Please do not pay anyone for special privileges. No matter what, you will be treated the same under provincial regulations,” V/Adm Sayan said. “We need everyone to work together to prevent influential people from commandeering our beaches once again.”

The new beach management system is close to being finished, he added.