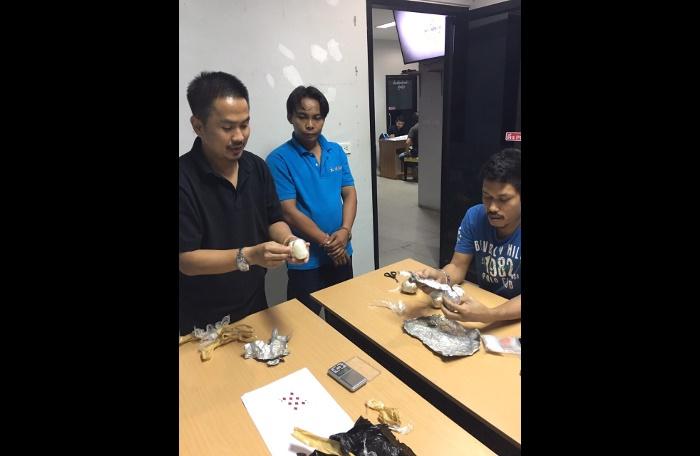 PHUKET: A suspected dealer was arrested with drugs worth at least 1.5 million baht at his apartment in Phuket Town on Sunday.

Officers in Surat Thani received the information after apprehending another drug dealer who provided details about when and where the delivery would take place.

“We waited outside Mr Payoongkorn’s rental room on Sakdidet Road, where we saw a minivan parked outside. When he came out, we asked to search his van, where we found 2.75 grams of ya ice (crystal methamphetamine) and 30 ya bah (methamphetamine) pills hidden inside,” said Col Aneknit Darnpitaksart of Phuket City Police.

“We also found a further 760g of ya ice in his room,” Col Aneknit added.

The drugs are believed to be worth between 1.5 million to 2.2 million baht.

Mr Payoongkorn was charged with possession of a category 1 drug with intent to sell, and was taken to Phuket City Police Station for further processing.