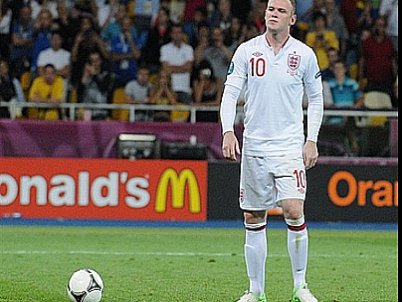 PHUKET: Wayne Rooney will captain England against San Marino in the absence of Steven Gerrard and Frank Lampard. England are currently joint-top of Group H with Poland and Montenegro. The match will be played in front of a sell-out crowd at Wembley at 2am Saturday morning, Phuket time.

Scotland face Wales in a Group A match, with both teams needing to win after poor starts to their qualifying campaigns. Scotland welcomes back Darren Fletcher to the international fold after the midfielder missed the last 11 months with a chronic health complaint. Striker Steven Fletcher also returns for Scotland after a two year exile. Wales will be without Craig Bellamy who is injured and manager Chris Coleman is still looking for his first victory after suffering four defeats from his first four games in charge. The match kicks off at 1:45am, Saturday morning.

Other games to watch (all in Thai local time): Republic of Ireland vs Germany, 1:45am; Turkey vs Romania, 12am; Russia vs Portugal, 10pm; Belarus vs Spain, 1am; Argentina vs Uruguay, 7:00am, Antigua and Barbuda v USA, 6am.

All matches will be screened locally on October 13 (late Friday, early Saturday) except Russia vs Portugal which will be tonight, October 12.

RUGBY LEAGUE: Australia play New Zealand in a one-off test game this Saturday. The match is one of the final chances the players can practice and play together before the World Cup late next year. The match will see the best players from the NRL square off against each other, with New Zealand looking to avenge the 20-12 defeat they suffered at Eden Park in April. New Zealand are the current world champions but their recent record against Australia does not make pretty reading, with the Kiwis winning only three of their last 20 clashes. The match starts at 3:30pm Thai local time on Saturday.

GOLF: Justin Rose will play against Lee Westwood in the World Golf Final with the winner walking away with a cheque for US$1.5 million. Rose beat Tiger Woods by one shot to reach the final and Westwood defeated 2011 US Masters champion Charl Schwartzel by six shots.

TENNIS: The Shanghai Masters has reached the quarterfinal stage with Andy Murray hoping to win his third consecutive Shanghai title. The Scot will face Radek Stepanek of the Czech Republic in the last eight. Novak Djokovic will face Germany’s Tommy Haas in his last eight match up. Roger Federer, who this week celebrated a record 300th week as world number one (though not consecutive), will face Croatian Marin Cilic in the last eight and Jo-Wilfried Tsonga will play Tomas Berdych.