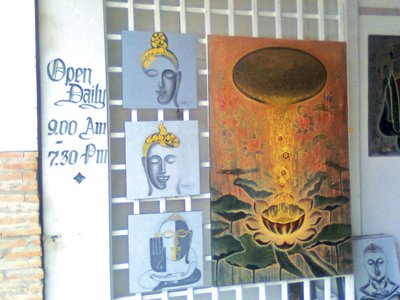 PHUKET: It’s hard to trace back exactly how Phuket came onto the global stage as a leading beach destination. These days the campfires of old gather round the internet, and storytelling is an arcane memory.

While I hear some catcalls from the cheap seats way out back about how the island is finished, and its impending doom signed, sealed and delivered, for those of us living in the real world, the upcoming tipping point of five million airport arrivals would suggest otherwise.

Of course, our alien voyage is not one traveled alone. Last week the Huffington Post published a scathing article about another island destination, Bali, and its rapid fall into the dark shadow-filled abyss of over development. This, of course, comes at a time when that particular island is reaching an all time tourism high.

Yet, as I go back into that distant memory bank that is cluttered and really needs some spring cleaning, I can recall that idolized tome Southeast Asia on a Shoestring from the 1970s. In what was a prequel to the Lonely Planet Guidebook success story, this book sent the young and restless to every corner of Asia, including Phuket.

While this generation has its Harry Potter and Twilight, the battered and bruised Lonely Planet Guides captivated the world with visions of an exotic Asia. Here lay the promise of endless beaches, with a few bungalows thrown in under palm-fringed sunsets.

Things have changed as the world seems to have spun off its axis. Our wild animal friends have learned and humans to follow – evolve or die is a reality check that’s been imposed on us.

What’s evident is that Phuket is no longer just about the beach.

Over the past few months, Natasha Eldred and the Phuket PR Network, together with AMCHAM, have been holding a series of Brand Phuket seminars on how exactly to define the DNA of our island’s tourism mix. It’s been an interesting voyage seeing how sports tourism is a significant demand generator for the island, through big events such as the King’s Cup, Ironman 70.3 and the Phuket International Boat Show.

The most recent event will cover cultural offerings, with Phuket Town highlighted along with a drive to obtain UNESCO status and retain the Peranakan history of the area, it’s legacy and influence on the community.

Later, AMCHAM plans for a Patong focus, which could not be more relevant. Patong, over the next three years, will have 50 per cent of the island’s hotel rooms within its confines and is the emerging second city of Phuket. Hotel occupancy is at its highest levels in the area and it out trades the market as a non-seasonal offering with strong visitor appeal.

Aside from this Phuket of course have a vivid marine and yachting scene, international medical facilities and schools, and a wide array of golf offerings.

But one question that often comes up with friends is the island’s somewhat lackadaisical attitude towards art. Is this an island traveling on a hedonistic bender? Where are the artists, writers, cultural events?

Bali, of course, has Ubud, and in a broader sense, a more defined attraction to a local art scene, but Phuket with its significant base of global expats and well-heeled locals should also have artists. What has happened to the creative culture?

To date, the only reactions I get when I ask people where all the artists are is that: “they must have moved to Chiang Mai/Shanghai/Bali, or they are out in the island somewhere and must be hiding.”

Notable efforts have been the Think Design Art Dinners and, yes, Lori Ashton with her Art & Culture magazine. There is even a new music studio with lessons at Boat Lagoon and Thanyapura is offering an increasing variety of adult education classes. Yet, this is not enough for an island this size with such vast resources.

Perhaps going forward we will have literary and music festivals on a wider range, more local publications, which focus on the arts, and yes, the ability to evolve the island from not just being about the beach into a broader destination. For now, it’s baby steps, but at least there is a movement afoot.

Bill Barnett is managing director of C9 Hotelworks and can be contacted through C9hotelworks.com.