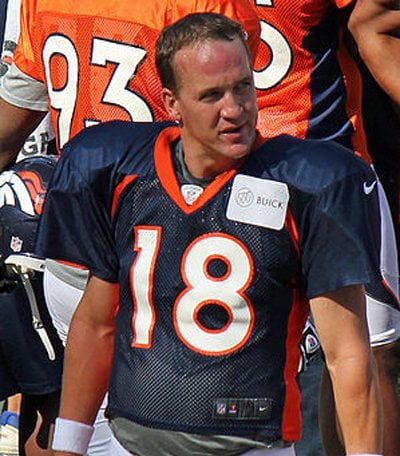 PHUKET: Super Bowl Champs the NY Giants hosted the Cowboys on Wednesday night to kick off the 2012 NFL regular season. These two teams clashed last year during the final game of the 2011 regular season, which decided the winner of the NFC East.

New York went on to win that game and gain a wild card birth, which paved the way for the team’s eventual win at Super Bowl XLVI.

Chicago, with a healthy Jay Cutler and new addition, Brandon Marshal are expected to compete in the highly competitive NFC North.

The Pittsburgh Steelers head to the, Tebow-less – Manning-gained, Broncos in Denver. Manning is expected to start his first regular season game since having three neck surgeries and his health will be tested by the stout Steelers defense. Pittsburgh is seeking revenge for its embarrassing loss to the Broncos in the 2011 wild card game.

Monday Night Football is back for its 43rd year and brings two great games, both heated division rivals. San Diego visit the Black Hole in Oakland while the upstart Bengals face off against Ray Lewis and the Ravens in Baltimore.

In other action: Eagles at Browns, Patriots at Titans, Falcons at Chiefs, Jaguars at Vikings, Redskins at Saints, Bills at Jets, Rams at Lions, Dolphins at Texans, Seahawks at Cardinals, Panthers at Buccaneers.