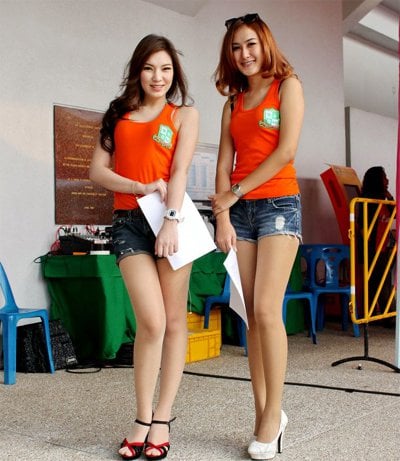 PHUKET: Thai Yamaha Division 1 survival is still within reach ahead of Phuket FC’s final two matches of the season, despite a 2-1 away-loss on Saturday night to promotion contenders Bangkok United.

Held at Bangkok’s Thai-Japanese Stadium in the heart of the capital, the 32nd match of the 34-fixture season was both side’s third match inside of a week.

The official turnout of 1,765 fans included about a hundred die-hard Phuket fans, many of whom had travelled to the capital on a free bus provided by president Pamuk Achirayachai.

Despite the overwhelming odds, it was Phuket who got the upper-hand first, going ahead 1-0 in the 6th minute from a penalty kick taken by Watcharakorn Klaithin.

The visitors were awarded the spot kick after a home side player handled the ball inside the penalty box after a corner kick.

Adopting a defensive stance, the Islanders maintained their lead through most of the first half, with the pressure mounting on Bangkok to equalize.

To little surprise, the 2nd placed Bangkok “Angels” dominated possession and scoring chances, taking a total of nine shots at goal compared to only two by Phuket.

It would come down to their final shot in the 2nd minute of injury time of the first-half however, to beat Phuket’s tight defensive line.

After failing to score on a number of close-range strikes, the Angels’ leading scorer, Romain Gasmi, decided to test the keeper from long range with a beautifully weighted shot to the far post.

Scoring his 17th of the season, the Frenchman made scoring from 40 meters look easy, restoring his side’s confidence with a 1-1 scoreline at the break.

The second half was not much different from the first, with Bangkok again enjoying most of the possession and scoring chances, taking 10 more shots at goal to Phuket’s two.

The Angels’ sustained attacking finally paid off with a goal in the 77th minute by Alef Poiji who converted a pass across the box from Sompong Soleb.

The home side’s Paul Bekombo Ekollo scored again minutes later, but the goal was disallowed due to a questionable offside flag, keeping the score 2-1.

Despite five minutes of added time, and several counter-attack and set play chances, Phuket were unable to find an equalizer.

Taking their tally to 70 points Bangkok secured 2nd place in the table and remain in contention for the three-team promotion, as well as the division championship, currently led by Ratchaburi Mitrphol FC (73 points).

A home loss by Pattalung on Saturday, as well as subsequent losses on Sunday by JW Rangsit and Rajpracha (see below) – Phuket’s remaining two opponents – eased the pressure on the Islanders, but only a bit.

Shocking home wins by Songkhla and Khon Kaen to top sides over the weekend knocked Phuket back down into 14th place – the final relegation spot.

Though Phuket’s two remaining opponents now have no chance of climbing out of the 5-team relegation pot, the Islanders will still need to win, while also relying on loss or draw results of four other teams.

Indeed, Phuket, Pattalung, Songkhla, Khon Kaen and Bangkok FC will all closely be monitoring each others performance in the final two weeks – as only three will survive with the other two bound for the Division 2 regional leagues.