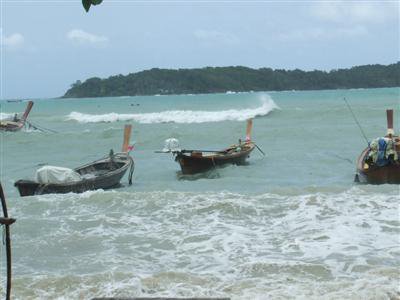 RAWAI, PHUKET: Thirteen Moken sea gypsy families are being threatened with eviction after a businessman bought the title for the land their homes are built on.

The families claim they occupied the land before the chanote land title was issued.

The owner of the 2.7 rai plot of land in Rawai Village 2 has applied to the Phuket Provincial Court for an order to evict the families from the land. The court is scheduled to hear the case on January 26 next year.

At a meeting chaired by Deputy Governor Smith Palawatwichai at Phuket Provincial Hall on December 15, a lawyer representing the owner of the land met with the Moken families and a representative from the Poor’s Right to Develop Phuket Network (PRDPN) to try and find a solution to the dispute.

Lawyer Prasert Nantalohit said his client had bought the land from the Bank of Ayudhya for eight million baht after it had been foreclosed on from the previous owner.

Mr Prasert said the landowner did not intend to evict the families, but merely wanted to survey the land and establish how many families lived on it. The plot’s new owner intended to build souvenir shops where the sea gypsies could work, as well as new houses for the families, Mr Prasert said. However, as the families would not allow any work to be done on the land, he had no choice but to take legal action, he added.

Phuwanarot Buaniam, a coordinator with the PRDPN, which is representing the sea gypsy families, said he believed there was a way out of the problem without resorting to legal action between the two parties.

He is pursuing an out-of-court settlement between the landowner and the families to try and find a solution acceptable to both sides.