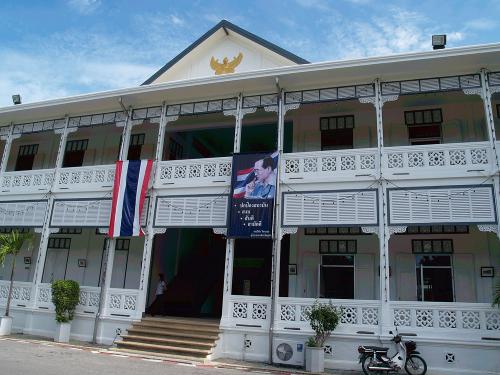 PHUKET: Phuket Provincial Hall has bowed to the peaceful demands of thousands anti-government of protesters yesterday, and has shut down its operations.

“No officers will work today or tomorrow at Provincial Hall or the Phuket Provincial Administration Organization [PPAO] Office,” said a public relations officer, speaking on condition of anonymity. “We also didn’t work yesterday.”

The closure of both provincial government offices falls in step with the requests of protesters yesterday (story here) who asked the government to close itself down for three days.

“All meetings scheduled to take place at Provincial Hall have been cancelled. We will update the meeting schedule at a later date. However, meetings held outside the office and all events across the island will move forward as planned,” the officer said.

Protesters in Phuket demanded that Prime Minster Yingluck and her administration be removed. However, PM Yingluck and Interior Minister Charupong Ruangsuwan breezed through no-confidence votes this morning (story here).