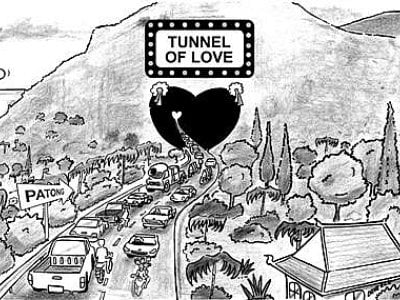 PHUKET: The year that was 2011 saw rapid development of the tourism sector in Phuket that was largely led by private-sector development in new hotels and new attractions, as highlighted in our Annual Review in the current issue of the Phuket Gazette on news stands now. [Digital subscribers click here to download the full newspaper.]

Meanwhile, several government plans to improve infrastructure to keep pace with the growing number of visitors have been delayed for various reasons.

In the opening days of 2012, the latest Gazette Online Poll ask readers which of six tourism-related plans and/or projects they would most like to see move forward rapidly in Phuket in 2012.

To have your say in Phuket’s most popular online survey, click here.

For those who have already voted and want to view the latest results, click here.

To expand your views on tourism development issues facing Phuket in 2012, leave a comment in the Readers’ Forum below.

Parents hold onto hope as boy lies comatose in Phuket