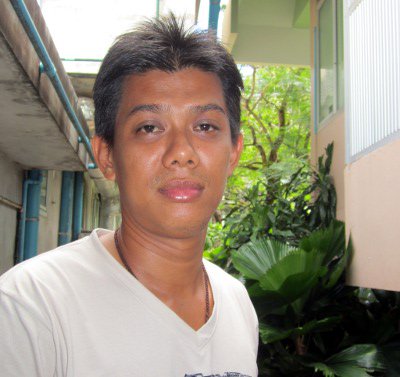 PHUKET: The parents of seven-year-old Methee “Shogun” Khunsuinhu have told the Phuket Gazette they will hold on to whatever time they have left with their young boy.

Methee remains comatose on life support in the intensive care unit at Vachira Phuket Hospital in Phuket Town after being rescued unconscious in a natural pool at Nai Harn Beach on Saturday.

Sitting quietly outside the Vachira ICU this afternoon, the boy’s father, Pakit Khunsuinhu, 30, told the Phuket Gazette, “He is a good boy, very active… I was not with him on the day of the accident. On that day, Shogun came to Phuket with my big sister and other relatives.

“We normally come to Phuket for holidays a few times a year,” he said softly, then fell into silence.

“I was told that the place where Methee was rescued was not where he was originally playing. He was playing in shallow water but was somehow dragged by the current into deeper water,” he said.

“All I can do now is hope that he recovers.”

Mr Pakit’s wife, and stepmother to Methee, said from beside Methee’s bed, “Since he arrived at the hospital he has not got any better. The doctor said he is not responding to stimuli.

“He is being kept alive by the life support. We are going to try to keep him with us as long as possible, because as soon as they take him off life support he will die,” she said before leaving in tears.

The Gazette asked a doctor at the ICU, but he declined to give any indication whether or not Methee might regain consciousness.

Mr Pakit expressed his deep gratitude to the foreign man who pulled Methee from the water.

“I would like to thank the person who pulled my son from the water. I heard that he dived in to get him. I am very grateful for what he did.

Samart Chandee, chief lifeguard at Nai Harn Beach, said he had no idea who the foreign rescuer was.

“We do not have any details of the man’s name or any contact information, but we will ask around to see if we can identify him and pass this message on,” he said.