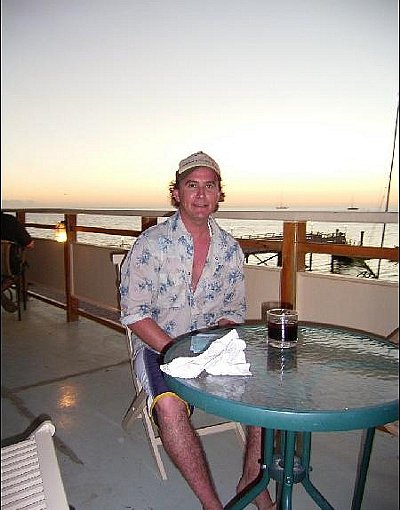 PHUKET: Police will send the body of an Australian tourist to Bangkok for forensic examination in order to rule out any foul play in his fatal fall from a Phuket balcony over the weekend.

Friends of the late Dean McKeon were questioned by Patong Police today about the events leading up to the discovery of his body in the car park at the C&N Hotel in Patong at dawn on Saturday.

The friends told duty officer Jakkrapong Luang-aon today that they got home at about 4am and were “very drunk” at the time.

They suspected their friend was sleepwalking when he fell off the fourth-floor balcony, the railing of which they described as “only knee height”, they said.

The apparent cause of death was a broken spine, police said.

Although there was no evidence in the case to suggest foul play, police will send Mr McKeon’s body to the Forensic Police headquarters for further examination to assure his family his death was an accident. They could not turn over the body to the friends to repatriate his remains to his native Geelong until the examination is complete, Lt Jakkrapong said.

In Australia, the late Mr McKeon’s mother was reportedly in shock over the loss of her son, according to the Geelong Advertiser.

The baby of the family, Dean was “a beautiful bloke”, she said.

“He was lovely to everyone, he was a really kind and gentle soul who loved music and was liked by everyone,” she said.

Mrs McKeon said her son, lovingly nicknamed “Deanos”, was generous to a fault.

“Dean was the most humble, amazing, kind-hearted man and even today we are learning just how valued and appreciated he was by his friends and work colleagues,’ Mrs McKeon said.

“Dean was most comfortable and outgoing when with his massive circle of friends, to whom he was exceptionally loyal. He would give his last dollar to those in need,” she was quoted as saying.