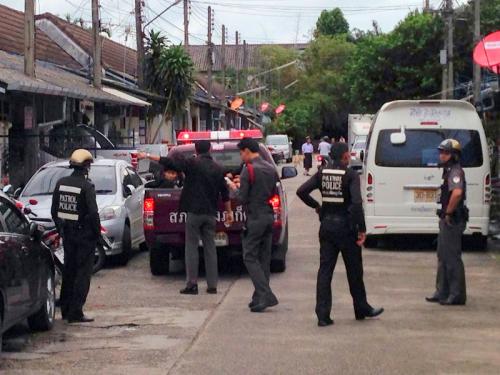 PHUKET: Phuket City Police are rounding up teenagers from the streets of Phuket Town in the hope of apprehending the youngsters who have been sneaking up behind unsuspecting victims and slapping them on the back of the head.

The reports started flowing in last week, with people complaining that they had just been slapped – hard – by a teenager, Phuket City Police Chief Col Sermphan Sirikong told the Phuket Gazette this morning.

“About a week ago, we started receiving reports from Phuket City Municipality of a gang of male teens, about 16 to 17 years old, riding motorbikes and trying to hit street sweepers and people who went to exercise at Saphan Hin public park in Phuket Town,” Col Sermphan said.

“The teenagers ride up behind their victims, then slap them,” he added.

The attacks usually occur early in the morning, when few people are about, Col Sermphan said.

“Recently, we received more reports about this gang. They are now doing the same thing in other areas of Phuket Town, such as Phun Phol Road and near Surin Circle,” he explained.

“This morning, we brought in several teenagers suspected of carrying out the attacks, but we found out it was not them. We are continuing our search,” he added.