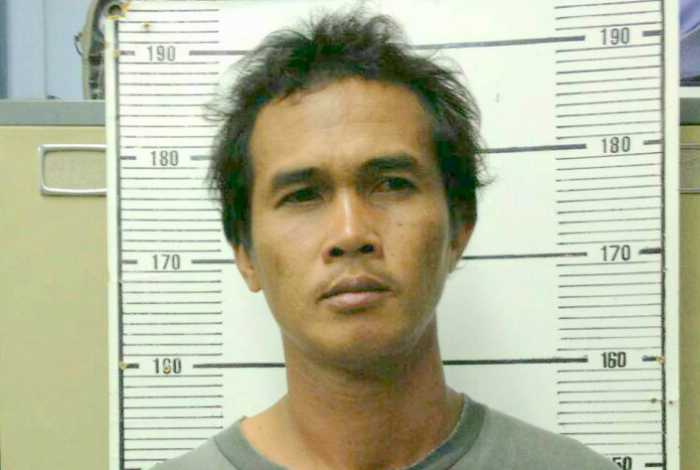 PHUKET: The man wanted for shooting dead his “friend” in a drunken spat early yesterday morning has been arrested.

Acting on a tip-off, a team of Thalang Police officers led by Lt Col Pisit Chunpet raided a house in Nabon, Wichit, at 7:30 last night.

Mr Ong-art was wanted for killing Smingdam Phollawong, 38, with a homemade gun after a drunken argument between the two, during which Mr Smingdam reportedly spat in Mr Ong-art’s face (story here).

Although the gunshot blast hit Mr Smingdam in the shoulder, he collapsed in front of his rubber plantation shack near the Tah Rua Temple, in Thalang, and died from his injuries.

“We charged him with murder and several gun-related offenses, including possession of a weapon without a permit and carrying an unlicensed firearm in public,” Col Pisit said.

Mr Ong-art confessed to all the charges, he added.

“He will remain in custody at Thalang Police Station while officers continue their investigation,” Col Pisit said.