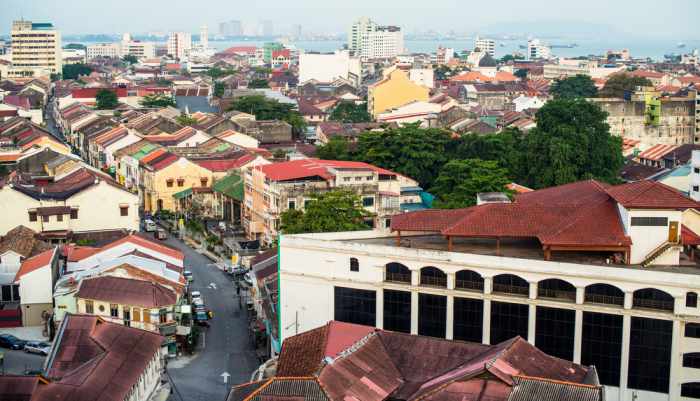 PHUKET: George Town in Penang, Malaysia, and Phuket Town are set to become sister cities on September 18, as was confirmed at a meeting at Phuket Provincial Hall this week.

The Royal Thai Consul-General to Penang, Srirat Vathesatogkit, met with Phuket Governor Maitri Inthusut on Tuesday to discuss the signing of a Memorandum of Understanding (MoU) to formalize the relationship between the two historical towns.

“The MoU [to become sister cities] will be signed on September 18,” announced Consul-General Srirat.

“As both cities have a historical relationship, this will be a great opportunity for the cities to exchange cooperation on tourism and history.

“We can also further develop the trade and tourism sectors of both cities.”

Ms Srirat pointed out that Phuket had long historical parallels with Penang. Both shared links through their Sino-Portuguese buildings, rubber trees and tin mines, namely introduced to Phuket by Phraya Ratsadanupradit Mahitsaraphakdi.

Phraya Ratsadanupradit, also known in Phuket as Khaw Sim Bee, was the former Governor of Monthon Phuket – an administrative division that consisted of the provinces at that time named as Phuket, Thalang, Ranong, Phang Nga, Takua Pa and Krabi.

Satun was added to Monthon Phuket in 1909 when most of the area of Monthon Kedah was ceded to Britain.

Khaw Sim Bee, buried at a family plot in Ranong, is honored in Phuket with a statue atop Rang Hill that overlooks Phuket Town. His descendants remain influential figures on the island today as the Hongyok family.

Phuket’s bid to be registered as a World Heritage site by the United Nations Educational, Scientific and Cultural Organization (UNESCO) also stands to benefit from the formalizing of “sister-city” status, she added.

“Malaysia’s Melaka and George Town, both historic cities of the Strait of Malacca, were inscribed as World Heritage sites in 2008,” she said.

Ms Srirat pointed out that, despite clear links with its Malaysian counterparts, Phuket will still maintain its own distinct cultural heritage.

“Phuket people strive to maintain their own traditions and to preserve the beauty of their island, and they can continue to do this by making a living and supporting Phuket tourism at the same time,” she said.

Phelps confident of getting back to his best