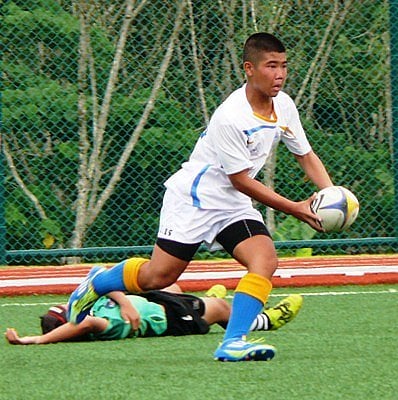 In a tense final against Centaurs RFC of Singapore, the Bangkok side proved their worth as deserving victors by scoring two breakaway tries and one conversion late in the second half to end the game on a scoreline of 12-0.

A tough Ta’Moko RFC side from Singapore extinguished hopes of local success, defeating the Phuket Lomas in the Plate final by 10-0.

“The day went very well. Thanks to all the teams who came to Phuket, especially when traveling to Thailand is not easy at the moment. Let’s hope this is the first of many of these tournaments,” Pat said to the Phuket Gazette.

Pick up a copy of this week’s Gazette for a full report on the first international youth rugby tournament played in Phuket.