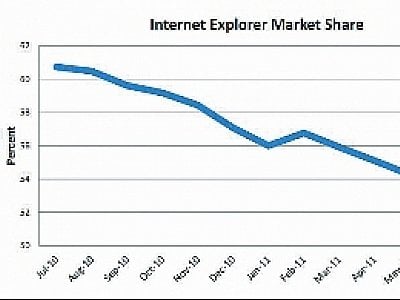 PHUKET: If you have a pirate copy of Windows XP and you’ve never updated your web browser, chances are you’re still running Internet Explorer 6 (IE 6), and – forgive me for saying – chances are also that your system’s been infected.

If you have a pirate version of Windows, and you’re running IE 6, even if you’re using a good antivirus program I’d guess there’s at least a 50-50 chance that you’re infected with a rootkit right now. A more realistic figure is 80 per cent or more. Which means everything you’re typing into your PC, and much of what’s stored on your PC, has already been sent to somebody, somewhere, without your knowledge or approval.

Of course it’s important that you get a legal copy of Windows. I’ve written about that before; if you need details, drop by one of our Sunday morning Computer Clinics and I’ll step you through the process. Once you have a legal copy of Windows, it’s also vitally important that you install and update a good antivirus program. My personal preference is Microsoft Security Essentials, which is free, unobtrusive, very capable, and easy to use.

But it’s also important that you get your browsers updated. Internet Explorer 6, which ships with Windows XP, has been the source – the vector – for more infections than any other piece of software, ever. To see what version of Internet Explorer (IE) you’re using, start IE, hold down the Ctrl key and press H, to bring up the Help menu, then click on About Internet Explorer.

If you’ve never tried Firefox (version 5, getfirefox.com) or Google’s Chrome (version 12, google.com/chrome), give one or the other a try. They’re both excellent browsers that you can install with a couple of clicks and run side-by-side with Internet Explorer, with no problematic interactions at all. Personally, I use Chrome most of the time, but you should give them all a try (even IE!) and pick the one you like the most.

Even if you use Firefox or Chrome, keep Internet Explorer updated so you don’t get broadsided by a security hole.

The format appears to me to be the same as with their English-language forums, which are extensive. Basically it’s free support, from Microsoft employees and MVPs, for all sorts of questions, from absolute beginners to very advanced users. The people who answer questions on the forum have access to the development and support teams, so they can frequently give very accurate answers to complicated questions.

Phuket’s Bhuritt calls for return of Sonthaya as Tourism Minister