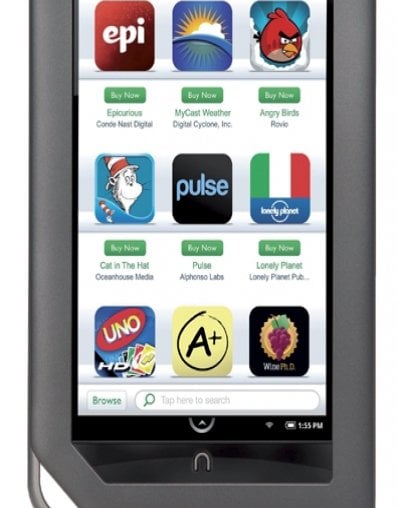 PHUKET: Welcome to the third of four installments in my ongoing series about where the computer industry is headed as we barrel along to the Christmas season.

If you are thinking about buying any new electronics – computer, tablet, phone, maybe even a TV – it would be worthwhile to stay on top of developments between now and Christmas. Some of the stuff coming down the pike is quite impressive, and we should be able to get at least some of it here in Thailand.

In this part of the series, I want to talk about Android phones and tablets, as well as Kindles and Nooks (which are, in fact, Android tablets, although you wouldn’t know it from looking at them). They’re doing well in the marketplace, and every indication is that they’ll do even better later this year.

Android phones – typified by the Samsung Galaxy S III – are outselling iPhones by a very large margin: More than two-to-one by some measures.

Of course, Apple’s only selling a very small number of different phones, while the Android universe is huge. Apple’s making an enormous profit on each phone, whereas the Android manufacturers aren’t making much at all. But in terms of sheer volume, Android is doing very well indeed.

I expect that the iPhone 5 this year will certainly take some of the steam out of Android phone sales, but exactly how much remains to be seen. Regardless, Samsung’s going to have a kick-butt Christmas.

Other phones – notably the BlackBerry and Nokia’s Windows Phone 8 versions – will probably get left in the dust. RIM has all but run BlackBerry into the ground. Nokia didn’t turn around its operation quickly enough to avoid junk-bond rating status. Maybe they’ll be able to turn the company around, but I don’t hold out much hope.

Google’s in the fray as well, particularly since its acquisition of Motorola. There are rumors of a Google “gold standard” Android phone. If true, such a phone could become very popular.

The tablet market is heading in several distinct directions. At the high end, Windows 8 on a tablet – at, say US$800 and up – will definitely eat into Ultrabook sales. Intel invented the Ultrabook design to convince people that Windows PCs can be as cool as the MacBook Air, but nobody believed it. Ultrabooks aren’t selling worth beans anyway.

I suspect that the iPad 3 will roll over Windows RT in the market, unless Microsoft works some magic with the price – possibly bundle it with a subscription service of some kind.

On the face of it, right now, I’d be willing to bet the iPad will absolutely roll over the tablet marketplace this Christmas, as it has every year since its introduction.

The next level down in tablets – say, US$199 or so – is due for a huge shake-up. Amazon’s Kindle Fire is a dynamite book reading machine, but the competitors are moving in. Larger tablets are getting better screens. Smaller tablets are getting cheaper. And if Apple puts a Kindle-size iPad on the market for $199, all bets are off.

One of Amazon Kindle’s great selling points is the enormous collection of books available on the Kindle. All it takes is a tap, a password, and a credit card, and you can be reading just about any book ever published in minutes.

Apple’s in a unique position to match Amazon’s ease of use, and even up the ante with a multitude of competitive products.

Imagine buying a copy of the latest best-seller and having it immediately available on your mini iPad, your full 10-inch iPad, your MacBook Air and your PC. Apple’s iCloud does that already with photos. Apple might even make it work with Android devices.

Barnes & Noble’s Nook is another wild card. B&N put its Nook business up for sale, and in April, Microsoft pledged US$300 million to keep the product going. There’s a lot of controversy and smoke about the exact corporate structure, but at this point, Microsoft owns a big chunk of the Nook, and anything could happen.

I’ve even heard rumors that the Nook could be re-born as a Windows RT tablet. Or maybe Microsoft could call on its good friend B&N to supply electronic book purchases for its own Surface machines. Stranger things have happened.

There’s even more uncertainty in the small tablet business. Google’s new Nexus 7 – developed with Asus – has drawn very good reviews, at US$199. It’s showing other tablet manufacturers what a small 7-inch tablet running Android can really do.

Even Nokia’s rumored to be getting into the small tablet business, in conjunction with its new best buddy Microsoft, which is subsidizing Nokia to the tune of billions of dollars.

Next week, in part four of this series, I’m going to tell you what I expect to happen with the computer market, particularly here in Phuket, and give you a few hints about what to watch for as the holidays roll around.

“I honestly can’t believe I won…”