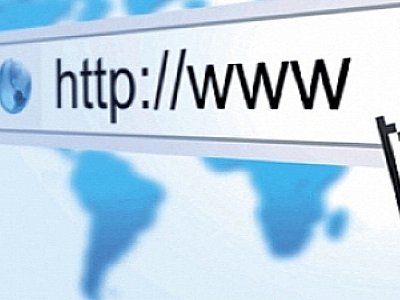 PHUKET: It is my sad duty to report to you how and why the Internet died last Monday (July 9). The DNSChanger virus took down the internet, and I for one will lament its passing.

All of the major news sources warned you about it. Huffington Post said, “The end is nigh, according to the FBI. Internet Doomsday will strike us all on July 9.”

I received a half-dozen emails from people on Phuket in the week leading up to July 9, with some people frantically asking how they could keep their systems going if the Internet broke.

Oh. Wait a second. The Internet didn’t break on July 9. Imagine that! Last Monday wasn’t Internet doomsday. In fact, it was kind of like any other Monday on the Internet.

Folks, if you really want to believe the scaremongering and click-baiting, you have every right to do so. It sells newspapers and draws advertisers. But at least get the story straight, and don’t panic other people with your disinformation, OK?

I wrote an article in the May 3, 2012 Windows Secrets Newsletter about DNSChanger (W: bit.ly/JrEMiA). My conclusion two months ago hasn’t changed a bit: the hype’s a crock. Always has been.

Estimates vary, but between 10,000 and 20,000 people had their access to the Internet temporarily disrupted on Monday because they had ignored all sorts of warnings (including direct warnings broadcast to infected machines by Google and Facebook), and just continued to use their infected machines without cleaning them up.

Cleaning the mess takes all of about a minute. If you’ve been updating your PC and/or using Microsoft Security Essentials – even if you have a pirate copy of Windows – Microsoft cleaned up your computer months ago.

I like to rail about mainstream news sources that “report” on technical topics, and botch them beyond recognition. This is just the latest in a long, long stream of offal disguised as journalism coming from writers who don’t have a clue. They’re egged on by the antivirus manufacturers who want to sell you more “safety” software, when all you need is the free, simple Microsoft Security Essentials.

If you can’t stand the idea of getting protection from the company that made the product being protected, you can always use AVG Free or ESET NOD32, but you have to be careful to avoid the paid versions.

There’s a reason why AV companies make so much money: they feed on fear and ignorance, two traits in wild abundance in the computer milieu.

Symantec Corp (the Norton people) now has a market capitalization of US$10 billion. Intel bought McAfee two years ago for US$8 billion. AVG is worth US$800 million. Moscow-based Kaspersky is worth more than US$1.5 billion, based on a valuation in January 2011.

My suggestion: don’t get your computer news from mainstream publications. If you see a tantalizing computer headline (e.g., “computer virus zaps San Diego fireworks show” which appeared yesterday) assume that the people who wrote it don’t know what they’re talking about.

And if the headline makes you reach for your pocketbook, take at least a minute or two to check with reputable sources before you part with your hard-earned baht.

By the way, to those of you who wrote telling me that DNSChanger is an FBI conspiracy designed to have normal citizens open up their computers so the FBI can snoop on them – oy!

The fact is that the FBI, in conjunction with police agencies worldwide, but especially in
Estonia, ran an admirable, complex take-down operation that left them in the unfortunate position of having to keep certain servers running, so infected PCs wouldn’t get knocked off the web abruptly.

I love a good conspiracy theory as much as the next guy, but some of the comments from the tin foil hat crowd on this one run way over the top. The FBI’s performance on this was simply outstanding.

If you want to talk about FBI meddling, let’s switch the subject to Kim Dotcom and the FBI’s unconscionable actions in New Zealand.

Ross James, the director of the PCs4Kids project here in Phuket, has some very good news. “We’ve just learned that Microsoft has agreed to donate 50 licenses for Windows and 50 licenses for Office, to help local needy kids.”

With licenses for the latest versions of Windows and Office in hand, the PCs4Kids project is now ready to sign up local school kids and mentors who are willing and able to help.

The project has 26 PCs ready to go.

“We need organizations – schools, local charities, orphanages, civic groups – to come up with kids who are interested in learning about computers, and mentors who know Windows and Office. Any interested organization should email me directly, rosspjames@hotmail.com.”

The project already has two recipients who were nominated by local groups. Aniwa “Oh” Plomtong from Rachaprachnukroh School in Kamala and “Arwoo,” an engineering undergraduate student sponsored by the Rotary Club of Patong Beach, have received fully refurbished computers running licensed copies of Windows and Office.

“Our next goal is to find an internet service provider who will give these kids internet access,” says Ross.

“We’re going to help these underprivileged kids develop skills that will support a future professional career in a variety of fields, including IT.”

The PCs4Kids project, initially sponsored by the Rotary Club of Patong Beach, received an additional 30,000 baht in funding from Rotary District 3330, which covers southern Thailand. It’s been endorsed also by the Rotary Foundation for all of Thailand.

If you have a PC, monitor, keyboard, laptop, power supply, or other PC equipment – including memory – you can help by donating whatever you have, working or not. Simply bring it by one of the Sandwich Shoppes, in Chalong or Patong.