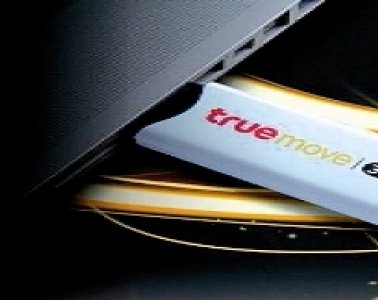 PHUKET: I dropped by the True office in Phuket Town and discovered a number of changes. If you want “3G” HSPA service in Phuket, here’s what you need to know.

In Phuket, 3G service (more accurately, HSPA service) is only available from True. True is in the process of extending 3G service on the island. In spite of what you may have read, or what a sales clerk may have told you, most of Phuket can’t get 3G signals.

If you own a 3G iPhone, iPad, Android phone, or USB dongle, there’s a specific set of steps you have to go through in order to get 3G. No, it isn’t enough to buy a phone with “3G” printed on it.

To get 3G, take your computer, phone or pad to the True office that’s in front of Robinson’s department store in downtown Phuket Town. You can set up 3G at True offices elsewhere, including Big C, but I’ve heard complaints that the staff at the other locations may not know what they’re talking about. The people at the main office in Phuket Town know their stuff.

Tell the folks at the True office that you want 3G, and hand them your PC, phone or pad. They’ll have you fill out a form, sign a bunch of papers, including a copy of your passport. You get to choose a telephone number from the list provided.

If you’re putting 3G in a phone or tablet, the staff at True will set it all up for you. Note that some devices – notably iPads and iPhones – require special half-height “mini” SIM cards. The folks at True can set that up for you, too.

If you’re putting 3G on your laptop, True will sell you a USB dongle that’s guaranteed to work with their 3G system. Note that not all USB dongles – in particular, ones you buy in Singapore or Europe – will work with True’s HSPA system. The dongle will set you back about 2,000 baht.

True’s 3G service costs 699 baht per month, plus VAT, but there’s a catch. True limits your account to a maximum of 3 GB of data (up and down) per month. If you go over 3 GB (3 billion characters) of data, True automatically drops you off the 3G network for the rest of the month, and you’ll be stuck running at old-fashioned EDGE mobile phone speeds. 3 GB is plenty for email and normal web surfing, but if you download big files or use torrents, you won’t get very far.

True doesn’t have a map of its service area in Phuket, but the service extends along the west coast of the island, from Kata-Karon all the way up to Mai Khao. Recently – just last week – True got a tower working on top of Bangkok Phuket Hospital, so if you’re in line of sight of BPH, you should be able to get a signal.

I’ve also heard that an HSPA “3G” signal is available in Koh Kaew, near the British International School. I’m not sure where the tower for that signal is located, but it could be the new one at BPH, or the signal could be leaking over the hill from a tower on the coast.

True has plans to get more towers going later this year. I’ll keep you posted as I hear about them. If you want to know what kinds of download speeds people are seeing with their 3G lines, go to phuketinternetspeed.com.