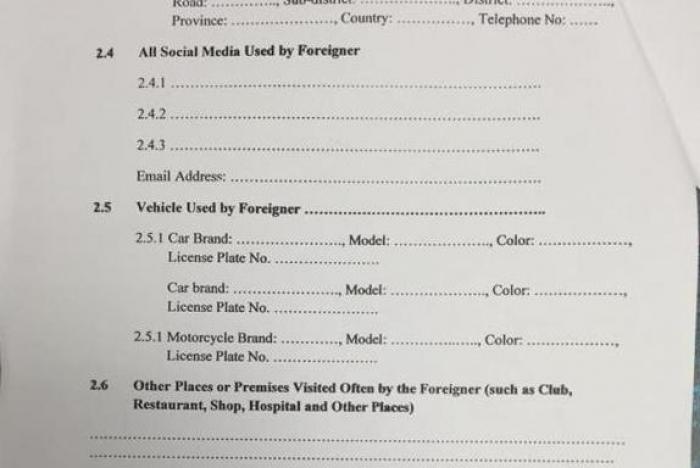 PHUKET: Immigration forms asking foreigners to detail their regular hangouts, social media accounts, bank accounts and other personal information are not being used in Phuket, according to a source in the local provincial Immigration office.

“The form is only being used in Bangkok, at least until further notice,” the local Immigration officer told Phuket Gazette on condition of anonymity today.

A photo of the document posted on line caused a social media frenzy earlier this month. News of the somewhat aggressive form comes in the wake of tighter visa overstay regulations announced last month as part of the Immigration Bureau’s cordially-named campaign: ‘Good Guys In, Bad Guys Out’ (story here).

Baba Museum artwork to be removed amid outcry