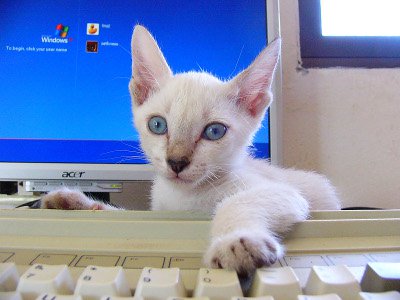 Until Woody emerges with a new 860-page book under his arm, around May or June, compatriot IT guru Seth Bareiss will hold free computer sessions on alternating Wednesday afternoons, from 1pm to 3pm.

Seth is already well known to Phuket residents who regularly attend the popular Computer Clinics, as he has been an integral part of their ongoing success for years.

“Compared to the computer clinics we’ve had in the past, these will focus less on the news, less on cellphones and other weird new tech toys. We’ll focus more on mainstream real world Windows PCs – the computers you have at home now.

“The focus will be especially on a team effort in solving members’ computer problems and holding mini-tutorials on various aspects of computers for beginners and intermediate users,” explains Seth.

“First-timers especially, please do not be shy: tell us your computer problems – don’t wait until after the meeting, because then you’d be trying to get between a fat man [sic] and his lunch,” he adds, smiling.

For more information about the clinics, sponsored by the Phuket Gazette and Khun Woody’s Sandwich Shoppes, and the latest schedule, visit Woody.info

The upcoming Wednesday clinics will be held as follows:

Praise swells for rescue of Phuket tourists from sinking speedboat