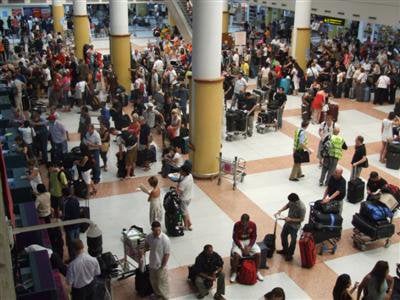 Speaking to the Gazette this afternoon, Mr Wicha said that the number of travelers stranded in Phuket has now reached 20,000.

With no end to the closures of the two airports in Bangkok in sight, many airlines – including Thai International Airways – are trying to re-route direct, international flights to and from Phuket.

However, Phuket Airport is only capable of handling about 1,000 additional passengers per day. Apart from having insufficient fuel supplies, a host of other operational problems limit the number of flights the single-runway airport can service, he said.

Mr Wicha begged the PAD to reopen Suvarnabhumi Airport as soon as possible, saying the closure was tantamount to economic suicide.

Of the 20,000 tourists now stranded in Phuket, many are staying in hotels, with their bills being paid for with financial assistance from airlines and the Ministry of Tourism and Sports in Thailand, he said.