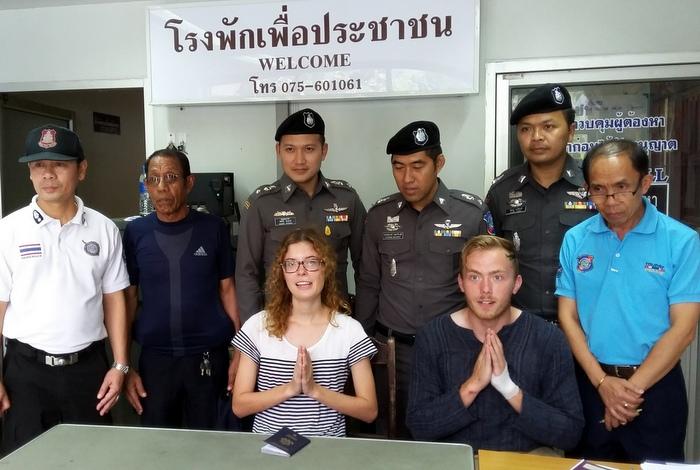 PHUKET: A farang couple surrendered to police yesterday after a video of them engaging in oral sex at a Phi Phi Island swimming pool went viral earlier this month.

The Irish man and American woman were caught by locals at poolside on July 18. The video, which lasts about two minutes, shows locals asking the couple in poor English peppered with the F-word, “Why you do this? You not do this in public.” The pair then stop and walk away from the scene.

Public outrage over the pair’s behavior lead police to mount a search.

“The woman was a 21-year-old exchange student and the man was a 24-year-old tourist,” said Lt Col Atthapong Saengjaiwuth of the Krabi tourist police.

“The two said they were drunk at the time of the incident, and that after they were confronted by locals they stopped. The man later left for Koh Tao, while the woman returned to Chiang Mai,” he added.

After the pair found out about the spread of the video on social media, and that the police were looking for them, they surrendered at the Phi Phi police station.

The two where charged for public nudity and acting inappropriately in public. The two were fined 2,000 baht each.