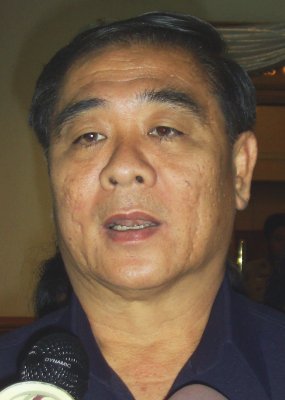 Gov Anuwat said, “The problem we have today is that 80% of the business owners are still waiting for loans from financial institutions to be approved.

“If the financial institutions were not afraid [of approving the loans], I think most businesses here would be ready to reopen for the next high season.”

Gov Anuwat said that financial institutions were taking a long time approving the loans because business owners could not provide all the paperwork necessary to satisfy the institutions’ requirements.

He added that local business people had told him that the financial institutions had little confidence that businesses in Khao Lak would be able to repay the loans.

“Although there are a few local business people who have lost family members in the tsunami and do not want to do business here anymore, most investors are ready to rebuild their businesses,” Gov Anuwat said.

“On February 19, when PM Thaksin Shinawatra visited Phang Nga and talked with local business owners, everyone was inspired to rebuild their businesses, but now that the financial institutions still have not approved the loans they have started to feel discouraged again.

“Twenty days ago [Deputy Prime Minister] Dr Somkid Jatusripitak came to explain to local business people how they can apply for the soft loans, but little has happened since.

“But because people continued to ask me for help [in getting the loans], I applied to Dr Somkid to help again. We didn’t know why the banks had a problem and couldn’t give the loans,” Giv Anuwat added.

He said that not more than 20% of businesses in the Khao Lak area had begun rebuilding. “The financial institutions should approve loans as soon as possible because the rains will come in May and impede reconstruction,” he said.

However, Gov Anuwat also pointed out that not all local business people suffering had a legitimate right to complain.

He explained that PM Thaksin had told the Department of Public Works and Town & Country Planning to enforce the old law that no one may build within 30 meters of the high-tide mark, which meant that people who used to have their businesses right on the beachfront were not allowed to return.

Gov Anuwat added that some 60% of income in Phang Nga province derived from tourism in Khao Lak, but that currently there are only 1,000 rooms in hotels and guest houses open for visitors in the Khao Lak and Kuk Kak areas.

“Currently we have only 10% of the number of tourists that would normally be in Phang Nga because we have no accommodation and they are still afraid of what happened last year,” he said.