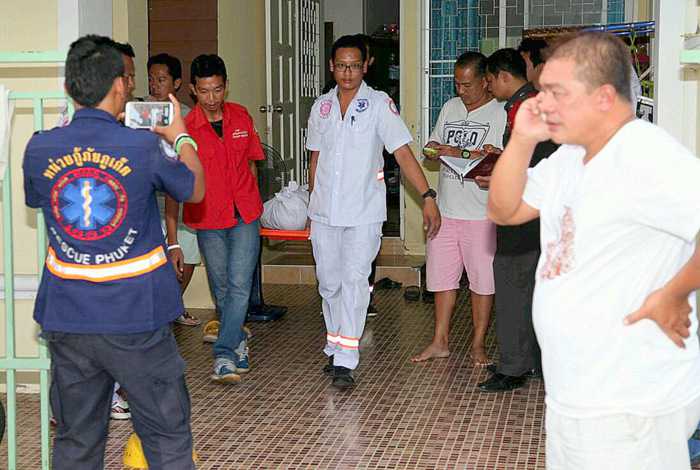 PHUKET: A man who rented umbrellas and beach chairs at Patong is believed to have committed suicide due to depression brought on by the Phuket beach cleanup campaign that left him with no income.

Jirasak Sae-Koo, 45, was found hanging by a rope tied to a ceiling beam at the home of his friend Narate Rattanathatchaikul at about 4pm yesterday.

“He came to give me an envelope to make merit,” Mr Narate told police. “He complained that he had no income during the past three months since the beach was cleared. Jirsak was a Patong beach vendor. He rented a lot of umbrellas and beach chairs on the beach.”

“I was in another part of the house. I walked into the kitchen and was shocked – he was hanging there,” he said.

“She left him after a fortune teller told her that Jirasak was caught by black magic,” he explained. “That made the situation worse. In the past two months he did not really talk to anyone.

“He was not in a good mood, but I had no idea he would do such a thing.”

Police believe the death was suicide, but will continue investigating.

“We found no signs of struggle in the house, so at this stage we believe Mr Jirasak hanged himself because of stress,” Lt Somboon Malai of the Wichit Police told the Phuket Gazette.

“However, we will keep on with our investigation in case we uncover anything that may indicate that this was not suicide.”