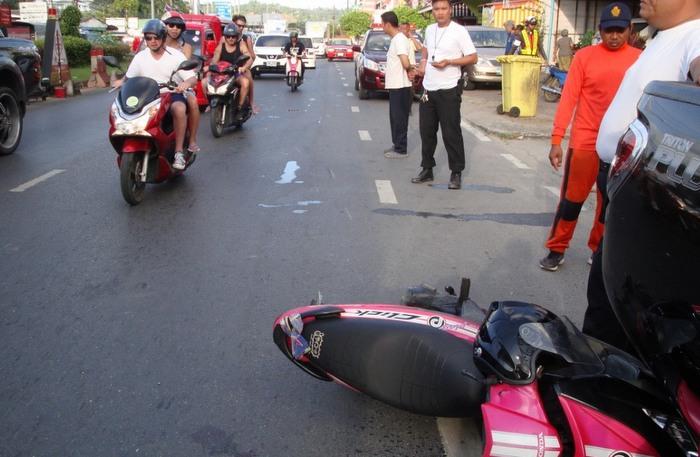 PHUKET: A Pakistani expat was killed Thursday evening after he was run over by a 6-wheeled truck in Kathu.

“Witnesses said that Mr Hussain lost control of his bike and crashed, after which he was immediately run over by the truck,” Capt Wattanathorn said.

Mr Hussain was not wearing a helmet at the time of the crash. However, one was found with his bike.

Police have yet to charge truck driver Date Kampaha, 38, as they are still investigating the incident.