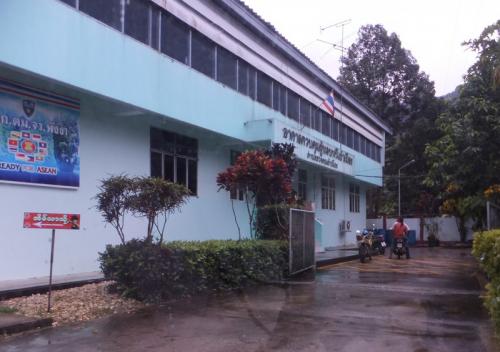 PHUKET: Detention cells strained beyond capacity with Rohingya refugees at Phang Nga Immigration have been blamed for the escape of 11 Rohingya men early yesterday morning.

“At about 3am, the men broke through the wire mesh covering a window in the men’s toilet. They climbed over the wall at the back of the center and ran off. We believe they ran in separate directions,” Lt Col Neti said.

“They are related to each other,” Lt Col Neti said.

“We believe someone on the outside assisted their escape. We will track down those people too,” he added.

Overcrowding at the center has become a serious issue, Lt Col Neti said.

“The number of refugees has been going up over the last eight months we’ve been detaining them,” he said. “We provide them food and facilities to make them comfortable, but they are not allowed to go outside.”

Thailand has come under increasing criticism for its handling of the thousands of Rohingya fleeing violent unrest in their strife-torn home state Rakhine, in western Myanmar.

A Phang Nga policeman recently became the first Royal Thai Police officer ever to be charged with human trafficking (story here), while police continue to investigate the officer’s role in the alleged abduction and repeated rape of a Rohingya woman (story here).

Burmese women rescued from prostitution in Phuket and Phang Nga