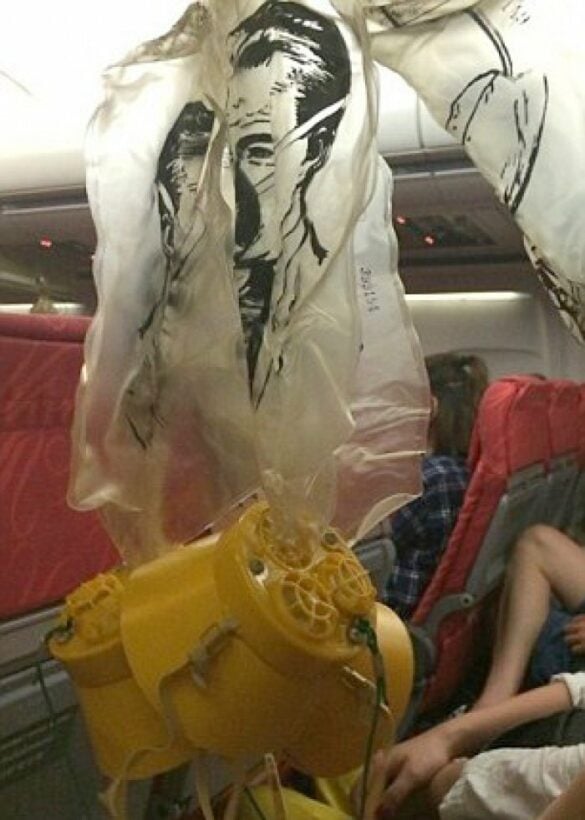 PHUKET: Orient Thai in a statement issued to the Phuket Gazette today denied reports of panicked staff and minor injuries to passengers after flight OX682 from Phuket to Chengdu, China, was forced to make an emergency landing.

“All the crew and passengers were safe. Nobody was injured. The cabin crew took good care of the passengers and were not panicked, as is being alleged by some news sources,” said the statement.

UK daily newspaper The Daily Mail reported that an engine failure sent the aircraft into a dramatic plunge, prompting oxygen masks to be released from overhead compartments and leaving passengers bleeding from their noses and mouths from the rapid change in cabin pressure.

Flight attendants began to cry and one passenger said that he feared that the plane would break apart or crash, said The Daily Mail report.

The statement described the emergency landing of the flight, which had 132 passengers, two pilots and six cabin crew on board, as “uneventful”.

“The crew took all the passengers to a hotel to rest, until another flight could be arranged for them to be taken to Chengdu. They arrived safely in Chengdu on Saturday at about 5:30pm local time,” the statement said.

The statement also refuted allegations that the plane had suffered from engine failure. It cited an issue with the air pressure system in the cabin as the reason for the emergency landing.

“Every passenger put on a mask with the guidance of the cabin crew. The aircraft then landed at the nearest airport, which was Kunming Airport, as a basic safety measure,” the statement said.

“Our pilots did well, and followed all safety procedures.”

The incident comes at a bad time for the Thai aviation industry, as China has joined South Korea and Japan in stopping Thailand-based airlines from flying charters and new routes because of safety concerns highlighted by an international audit (story here).