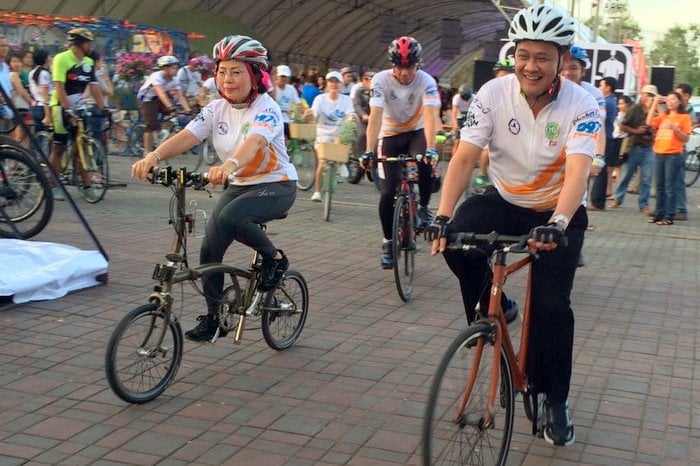 PHUKET: The Phuket Cycling Fest returned for its second year last weekend with more than 680 cyclists joining a 46km fun-ride tour of the south of the island on Sunday.

Governor Nisit also joined Phuket Town Mayor Somjai Suwansupana in leading the hundreds of cyclists from Saphan Hin on the tour of the south of the island on Sunday.

Mr Uthit praised the combined efforts of the TAT Phuket office with other governmental offices, as well as private companies, to make the event a success.

“I think this event will help promote tourism and boost the number and range of cycling activities in Phuket for both local residents and tourists,” he said.

“From this event, we have shown that we can ride a bicycle to almost all of the tourist attractions in Phuket. If more tourists use bicycles to travel, it will make Phuket a more desirable place as an environmentally friendly, tourist destination.”

In addition to the cycling tour, there were many activities held at the festival at Saphan Hin Park from 10am to 8pm on both days, including a Phuket City Bike Seminar and a bike collection on display featuring folding bikes, vintage bikes, used bikes as well as a plethora of equipment and accessories.