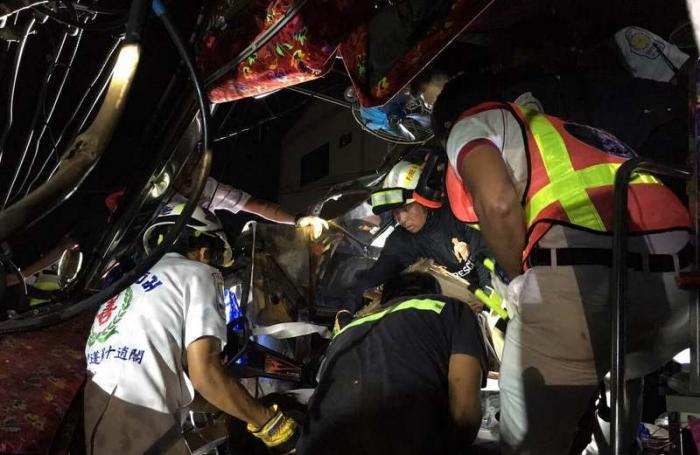 PHUKET: A Phuket bus driver was killed and 17 tourists injured when the bus crashed into an electricity pole while descending Patong Hill last night.

Bus driver Jeerasak Kimbuathong, 40, was pinned in the driver’s seat by the the pole, which fell on the vehicle.

“It took rescue workers nearly an hour to pry him out, but he could not be saved,” said Capt Yingyong Chuoykij of the Patong Police.

Rescue workers helped tourists off the bus and took them to Patong Hospital for treatment of minor injuries.

“We think that the bus may have had a problem with its brakes, which caused the driver to lose control and crash,” Capt Yingyong said.

Police have yet to press charges while they inspect the bus for further evidence.

Calls for closure of Phuket Zoo