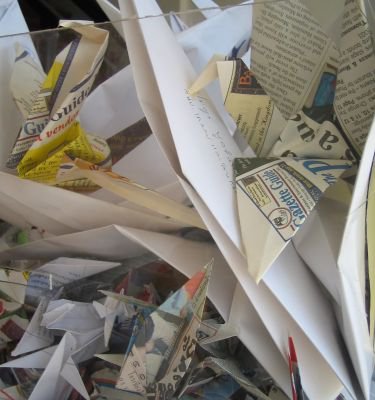 PHUKET: People in Phuket have made more than half a million origami birds to be sent to the troubled southern provinces of Yala, Pattani and Narathiwat as part of Prime Minister Thaksin Shinawatra’s unusual peace initiative.

Nationally, more than 80 million of the origami birds have been collected. They will be taken by aircraft and scattered over the three provinces – which are experiencing violence linked to Islamic separatists – as a gesture of peace on His Majesty the King’s birthday on Sunday.

People in Phuket have until tomorrow to take their paper birds to the Phuket Provincial Office. From there the birds will be taken to Surat Thani airport, where they will be loaded onto Royal Thai Air Force planes for dispersal.

Three arrested over murder of laborer