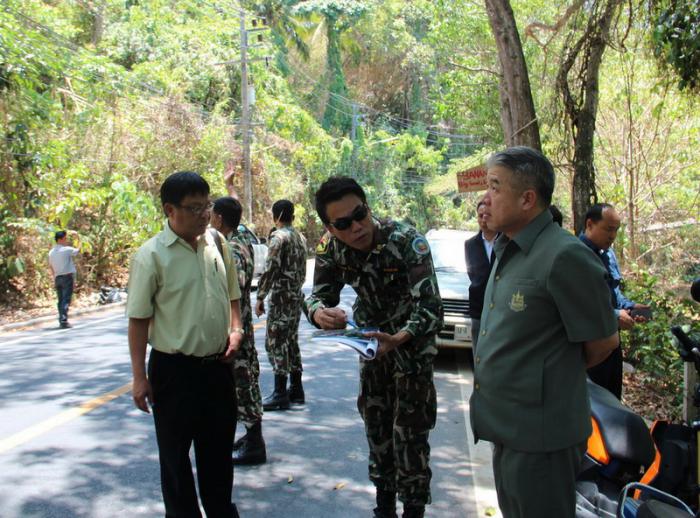 PHUKET: Officials from the Ministry of Natural Resources and Environment (MNRE) announced a plan on Wednesday to sue 29 landowners found to be encroaching on Phuket’s Sirinath Marine National Park land.

“Right now we plan to sue the landowners for encroachment onto a total of 1,500 rai. I want to get back as much of Sirinath National Park as we can,” said MNRE permanent secretary Chote Trachu.

“We have filed several complaints regarding the issue, but the police investigation has taken too long and has shown no clear plan on how to penalize the offenders.”

The first offense deals with landowners that claim rights to land that has been illegally expanded (Sor Kor Buam). This means that the land title in question maintains the relative dimensions and shape of the original plot boundaries, but was illegally expanded to cover more land than was first registered.

“For the illegal appropriation of land, we can order the immediate removal of any offending buildings,” Mr Chote said.

“It might take some time to revoke the land titles signed by former park chiefs because the documents appear to be legitimate, when in fact they were not issued legally,” Mr Chote said.

“The investigation by the Department of National Parks, Wildlife and Plant Conservation into park chiefs illegally signing off on land titles is taking too long. We are hiring our own private lawyers to expedite the process.”

Mr Chote said that lawyer fees would be paid with revenue generated by national parks throughout the country.