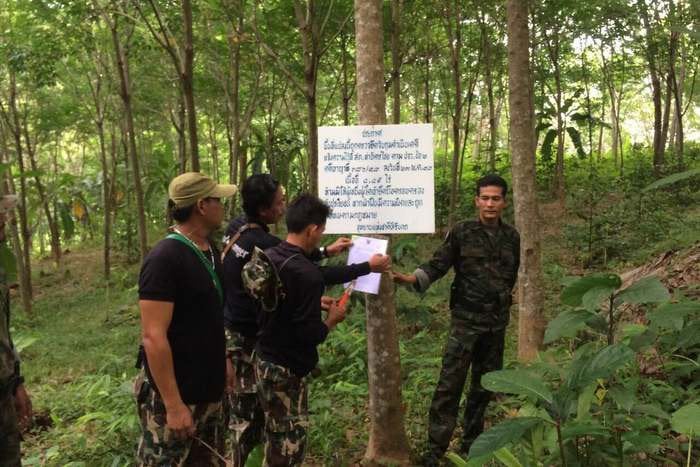 PHUKET: About 100 rai of illegally possessed land in Sirinath National Park were seized by a team of park officials and Navy personnel on Friday.

Seizure notices were posted on the five plots in Sakoo and Cherng Talay, which were being used for rubber plantations, after the owners were unable to present ownership documents for the land.

Earlier this month, officials seized eight pieces of land totalling about 150 rai in the park, added Mr Kitiphat. Those land owners are also under investigation.

“We will continue to do our best to take back the land for the nation,” said Mr Kitiphat.

Because the alleged owners of the land had no documentation to back their claim, there was no need for the officers to push a case through the legal system in order to reclaim the land, explained Mr Kitiphat.

Claiming that the court process is ‘very slow’ when it comes to having land taken back from encroachers with illegal documents, officials have requested the use of Article 44 of the interim Charter to reclaim national park land, Mr Kitiphat told the Phuket Gazette last month (story here).