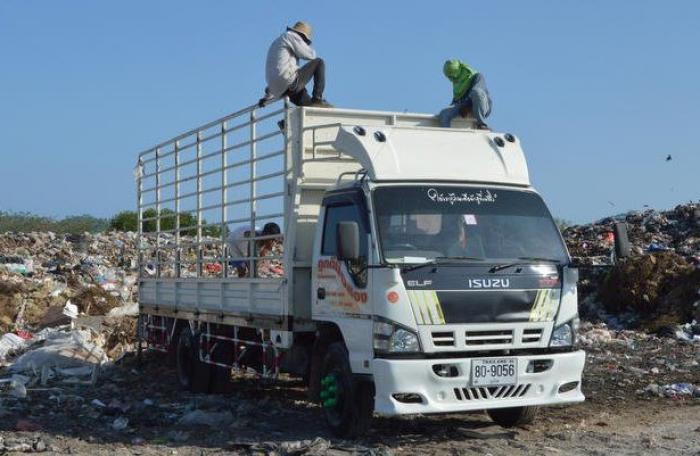 PHUKET: In an effort to improve waste management on the island, Phuket officials are working toward implementing more efficient rubbish disposal policies.

“Waste management in Phuket is centralized in Phuket Town at the Saphan Hin incinerators. Currently, they are only able to handle up to 700 tonnes per day,” Phuket City Mayor Somjai Suwansupana said.

Mayor Somjai noted that the amount of waste in Phuket is now increasing 7.3 per cent annually, mainly due to the influx of tourists each year.

“We are aiming to reduce that to five per cent by separating waste at its source. Each subdistrict should separate the waste into green bins for food items, blue bins for foam and yellow bins for plastic waste, before sending it to the central facility to be incinerated,” she added.

“We have been allocated 530 million baht in this year’s budget for renovating an incinerator that has been offline for nearly three years (story here) and aim to find a contractor by March so that the project can be finished by 2018. This will yield an additional 250-tonne capacity per day to the incineration process.”

Mayor Somjai also added that educating people was imperative to improving the situation, for which they have undertaken learning initiatives with schools, hotels and local businesses, as well as established waste management learning centers in Vachira Phuket Hospital, Royal Phuket City Hotel and several schools in Phuket.

“We aim to remove and destroy rubbish from 120 rai of landfills to make space for additional waste. We can also use it to make fertilizer,” she added.

“If all initiatives go as planned, we will to able to manage well until 2026.”