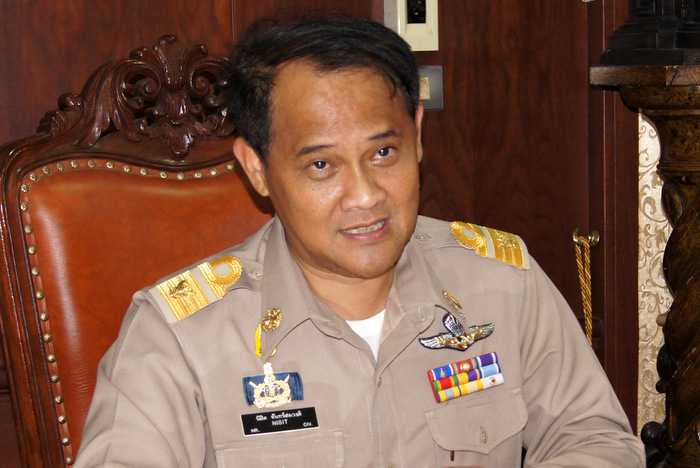 “The government has already announced that the official holiday period will cover three days, from December 31 to January 2,” Gov Nisit confirmed to the Phuket Gazette.

Coupled with the first weekend of the new year – on January 3 and 4 – the holiday period will give most people in Thailand five festive days off.

However, rumors began to surface on social media sites last month that claimed the military-led government was planning to add December 29 and 30 to the official holiday period as a New Year “gift” to the Thai people.

“I have had the New Year period confirmed again and there will be no change from the official announcement made on October 1,” said Governor Nisit, adding that those who needed to contact government offices could still do so up until December 30.

Governor Nisit said safety measures to reduce and prevent accidents on Phuket’s roads over the holiday period were currently the most pressing issue.

“At the moment, we are preparing security and safety measures for the holiday season. This includes setting up police checkpoints and preparing emergency rescue units to deal with the increase in traffic over the holidays.”

Each year during the traditional New Year period from December 30 to January 5, the number of accidents on Thailand’s roads increases dramatically in what is known as the “Seven Days of Danger”.

However, despite security and safety preparations in Phuket, Governor Nisit said the island was ready to host New Year countdown celebrations.

“We are prepared for all the countdown celebrations, which we hope will bring Phuket residents and visiting tourists together to enjoy this festive season,” he said.

“I would like to remind everyone who is travelling during the holiday period to drive carefully and please abide by the laws of the road,” said the governor.

“Tour operators should also look after their tourists and provide them with advice that will keep them safe and happy, during the Christmas and New Year holidays.”