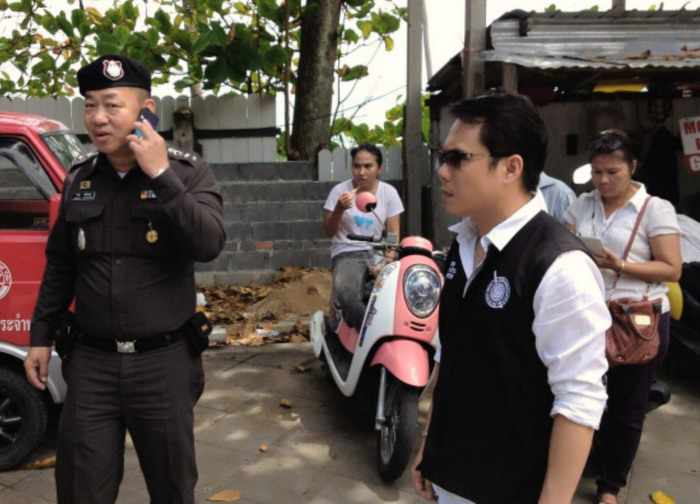 PHUKET: Armed soldiers were on guard as Phuket officers pulled down the last illegal taxi stand in Patong this afternoon.

The taxi shack, in front of the Diamond Cliff Resort and Spa, had escaped destruction when 12 other stands were demolished on June 6 (story here). Drivers asserted that it had been in position for more than 30 years and won a stay of execution.

The reprieve proved to be short.

“We told them they had to take it down, but they didn’t do it, so we did it for them,” Patong Police Deputy Superintendent Khunnadet Nanongkhai told the Phuket Gazette this afternoon.

The demolition team, made up of 50 officers from the Royal Thai Navy’s Third Area Command, Kathu District Office, Patong Municipality Office and Patong Police Station, swept in at 1pm.

“That was the only illegal stand left in Patong,” said Lt Col Khunnadet.

“We have ordered them not to rebuild it. If they go against our orders and set it up again, they will be disobeying the National Council for Peace and Order.”