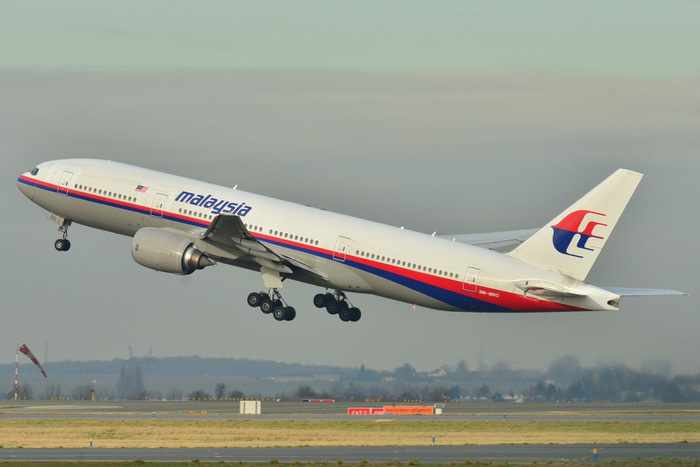 PHUKET: Crowd-sourced research plotting the projected flight path of missing Malaysia Airlines Flight MH370 by using data from Inmarsat satellites may have confirmed that a British woman sailing from India to Phuket spotted the ill-fated flight over the Andaman Sea.

British sailor Katherine Tee, 41, was sailing from Cochin, India to Phuket with her husband when on March 7 she saw what looked like a plane on fire crossing the night sky, with a plume of black smoke trailing behind it (story here).

The Joint Agency Coordination Centre (JACC), the Australian organization tasked with co-ordinating the search for MH370 in the southern Indian Ocean, confirmed to the Phuket Gazette today that the crowd-sourced data is now under review by the Australian Transport Safety Board (ATSB).

“The ATSB received, via the JACC, a message from a member of the public reporting that they had seen what they believed to be a burning aircraft in the sky above the Indian Ocean on the night of the disappearance of MH370,” the Gazette was told by email.

“That information has been reviewed by the ATSB’s MH370 Search Strategy Working Group for review, along with a range of other material from members of the public.

“The Search Strategy Working Group is concluding its assessment of the likely flight path of MH370 and expects to publish the results by the end of this month.”

At this stage, the theory posted on the popular sailing portal Cruisers Forum (click here) is commensurate with, but does not prove, current theories suggested by expert search analysts.

Volunteer members of the public, one of them a flight test engineer who used flight-simulator software, compared the logged course of Ms Tee’s yacht SY Aaza Dana as it passed south of the Andaman and Nicobar Islands and cross-correlated it with data from the International Maritime Organization navigation and communications satellite network, Inmarsat.

Inmarsat has already confirmed that according to its data, MH370 flew west over the Andaman and Nicobar Islands before making possibly two course corrections as it headed south (story here).

The Inmarsat data indicated a final “ping” – or electronic “handshake” – between MH370 and the satellite network near a “communications arc” at 00:11 UTC that led the massive international search effort to hunt the missing aircraft to deep waters in the southern Indian Ocean far off the west coast of Australia.

In publishing the Inmarsat data, however, the Malaysian government emphasized that the last handshake should not be interpreted as the final position of the aircraft due to evidence of a partial handshake between the aircraft and a ground station at 00:19 UTC.

Ms Tee provided the Gazette a copy of her report of the latest findings to the JACC (to read her report in full, click here), in which she detailed the sighting of a buoy and the glow of a “bright orange light” from beyond the horizon, which she saw after March 7.

An image highlights the yacht’s course as given by GPS data and the location of the ‘bright orange light’ Ms Tee reported as glowing from beyond the horizon. Image: Cruisers Forum

“If the [projected] flight plan is correct, and I genuinely believe it is, since it illustrates exactly what I saw, and where and how the trajectory changed, then this flight headed off back over our track,” Ms Tee told the Gazette.

“That meant the plane headed towards military exercises where we had seen what we now believe to be a military convoy, and an isolated marine buoy that was either a submarine buoy or an acoustic target buoy (used for missile practice).

“Now, I know that big military convoys have excellent radar tracking systems and etc, and yet they didn’t see this and report it? I don’t believe that, and don’t understand why not.”

Following the posting of the new data, Ms Tee said she now felt some sense of relief.

“[The] flight path (now verified on a 777 simulator), and a visual illustration of elevation angles suggested by an independent investigator perfectly illustrates what I saw when I was out there,” she said.

“Thanks to the science and logic, at least I now believe what I saw. That has been painful to deal with in itself.”