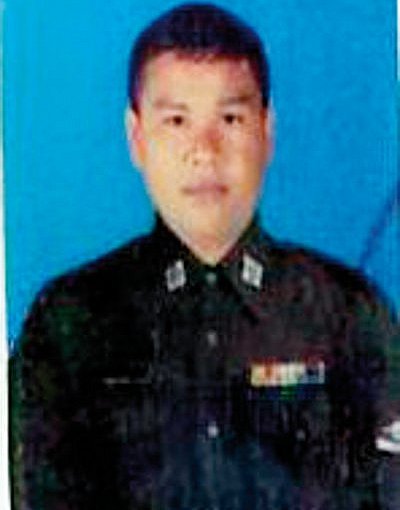 PHUKET: The off-duty police officer accused of shooting a man dead in Phuket Town on May 5 has been kicked off the police force, but has yet to face charges for the killing.

Rachaporn Semaksorn was discharged from the Royal Thai Police about a month ago after months of being relegated to desk duties, Patong Police Deputy Superintendent Kittipong Klaikaew told the Phuket Gazette today.

However, Rachaporn is still waiting for an arrest warrant to be issued by the court for the killing of Eakkasit Sangangam, Lt Col Kittipong added.

Rachaporn and his brother, Dechaporn, who was there at the time of the shooting, are both currently out on police bail.

“On July 24, I submitted the case to the Provincial Prosecutor. I was then informed that we needed more statements, which I submitted on August 6. Since then I have not had any other requests regarding the case,” explained Lt Col Jamroon.

“We understand that this is a difficult investigation due to the fact that the police do not have enough information about the witnesses, not even names,” said Mr Chiengsean.

“This is why the process is taking so long,” he added.

The Gazette notes that Phun Pol Soi 11, where Mr Eakkasit was shot, is infamous for being in Phuket Town’s red light district.