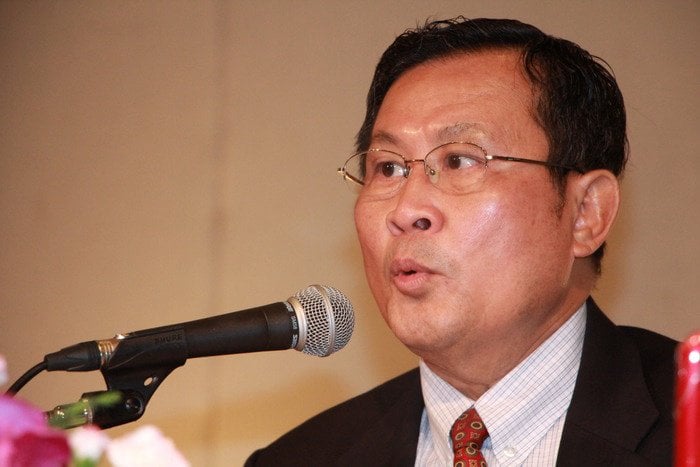 PHUKET: The Office of the Auditor General’s (OAG) two-day public forum designed to raise the public’s awareness of the negative effects of corruption and what issues are faced in combating it started yesterday at the Royal Phuket City Hotel.

“This is about raising people’s awareness of the need for anti-corruption efforts. People need to see why corruption is bad and unacceptable,” said Chairman of the State Audit Commission Chaisit Trachoetham, who headed the meeting.

“The biggest benefit from today’s forum was discussing which issues are preventing us from battling corruption and what the public thinks should be done,” Dr Chaisit said. “On the other hand, the forum offered us an opportunity to explain to the people what the OAG does and how important public input is.”

Governor Nisit took the opportunity to call on the OAG to spearhead investigations into construction companies that have won government contracts on the island.

“There are so many multi-million-baht infrastructure projects taking place in Phuket, and when there is a problem, I’m the one who is blamed,” Governor Nisit said. “However, there is nothing I can do. I would like to see the OAG investigate why there are delays in some of these construction projects, as well as other problems, and root out the corruption.

“Because the mega projects are taken care of by departments in Bangkok, the OAG is in a much better position to take action against these companies.”

Dr Surin opened the discussion in broader terms, pointing out that the way to tackle corruption was by focusing on the next generation.

“We have to make sure they deeply believe that there is no room in society for corrupt people,” Dr Surin said.

Mr Simonelli, who was asked to join the meeting to represent the English-language media on the island, pointed out the effect this type of media can have when dealing with Thailand’s image.

“Though the English-language media caters to a minority group in Thailand: expats, tourists and English-speaking Thais, it wields a great deal of power in the way Thailand is perceived by the rest of the world. The reports written in English are the ones that have the greatest impact on many Ultra High-Net Worth Individuals and other markets sought by the Tourism Association of Thailand,” Mr Simonelli said.

“Clearly understanding what actions the OAG is taking and why they are taking them is fundamental to accurate reporting. Vagueness and lack of clear explanations of why some projects are being audited and others are not leaves room for foreign readers to speculate what corruption may lie behind the paperwork.”

Mr Pisit assured all in attendance that it isn’t too late to send the OAG anonymous tip-offs.

“Provide us information so we can check up on possible corruption. You don’t need to be directly involved, you just need to point us in the right direction,” Mr Pisit said. “Even if money has already been inappropriately spent, we can still work to return that money to the state.

“We need everyone to join us in fighting corruption.”