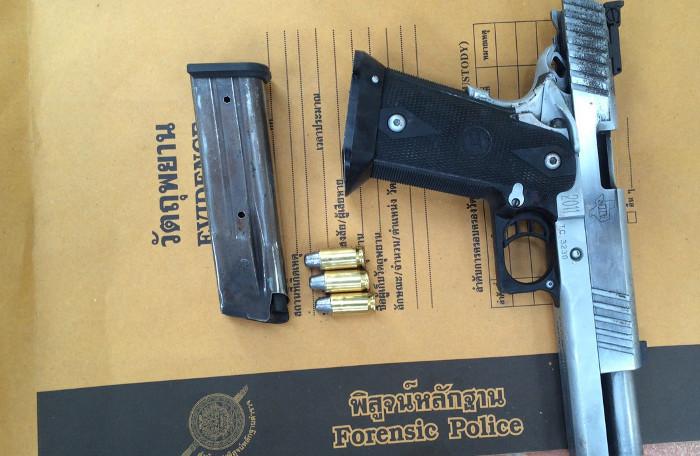 PHUKET: Police have found two hand-written notes on the body of an Estonian national who allegedly shot himself in the head at the Patong Hill Shooting Range yesterday.

Andres Podra, 38, reportedly rented a .45 handgun at the range and fired seven shots at a target before turning the gun on himself and discharging the eighth round into his head at about 2pm (story here). There were three rounds of ammunition left in the magazine.

One note, just four brief lines written in Estonian, was addressed to Mr Podra’s sister. It indicated that he had problems with friends, but did not reveal any further details. The other note, written in English, said ‘Please contact my wife’, followed by details of how she could be contacted, confirmed Lt Sawanya Eiadtrong of the Thung Thong Police.

“We contacted the woman, who is a Thai national living in Phuket. The note explained that she would know how to contact Mr Podra’s family,” explained Lt Sawanya.

Staff at the shooting range told police that Mr Podra arrived at the range alone and paced around chain-smoking cigarettes before stepping up to shooting gallery number two, accompanied by 23-year-old range master Sattaya Sukrod.

Mr Sattaya told police he was taken completely by surprise and had no time to react when the Estonian turned the gun on himself.

Lt Sawanya confirmed that police are now in contact with Mr Podra’s family and continuing their investigations.