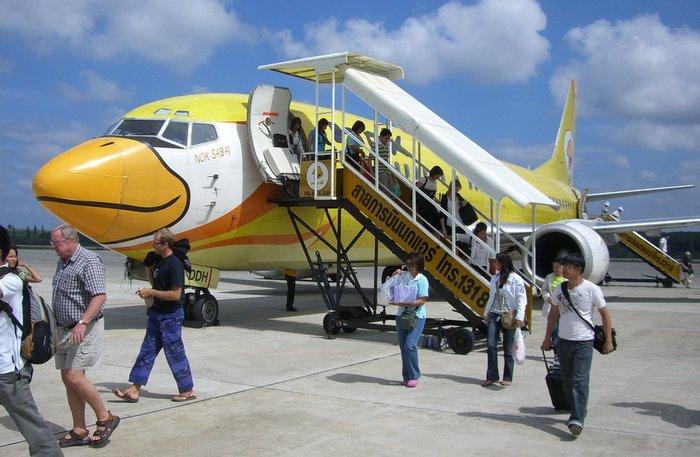 PHUKET: After the cancellation of more than 100 flights since February 23, Nok Air has confirmed that all flight routes will be running back on schedule starting March 11.

February 23 saw the airline cancelling 20 flights, which has been followed by the cancellation of 10 flights per day since, reported The Nation.

The airline has been in the process of rearranging internal structures, as it strives to put new pilots in place after last month’s strike.

The strike was due to Nok Air pilots protesting against new policies – which the company had implemented in compliance with European Aviation Safety Agency (EASA) safety standards – that deemed them unqualified to fly, confirmed Rajawish Seehawaree, Nok Air corporate communications manager (story here).

“Nok Air is also continuously working with all passengers who have been impacted by the announced flight cancellations. The airline is constantly reaching out to and assisting all those passengers whose travel has been affected and will continue to do so until all are fully taken care of,” said Mr Rajawish.

Nok Air staff at the Phuket International Airport declined to reveal any details about flight schedule changes, urging customers to contact the Nok Air call center at 1318 for more information.