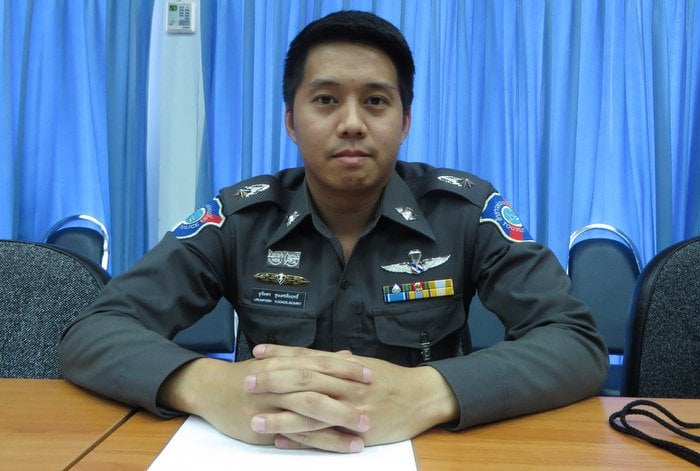 PHUKET: Phuket Tourist Police have yet to receive an order to boost security during the upcoming Songkran Festival, which will be celebrated from April 13 to 15.

The news follows the The Nation reporting that Thailand’s Tourist Police are preparing all major tourist destinations to ensure the utmost safety during the world-famous water-filled holiday (story here).

“We will do security checks like we did last year, but we will not change anything unless we receive an official order to do so,” Phuket Tourist Police Chief Urumporn Koondejsumrit told the Phuket Gazette this week.

“Phuket is not a major Songkran destination like Chiang Mai or Khon Kaen. Given that what we did last year was successful, we will do it again.”

Maj Urumporn noted that a meeting would likely be held in early April to review exactly what extra safety measures, if any, will be in place during the festival.

“We did not face many problems last year during Songkran because most tourists are not here for the festival; they are here on a normal holiday,” Maj Urumporn explained.

“However, we do play close attention to traffic accidents during this time. I urge everyone on the island to drive carefully, especially when the roads are wet. Also, please wear your helmet. This is very important.”

Police will keep a close watch on popular water-fighting spots on the island, such as Saphan Hin, Patong, Kata and Karon, Maj Urumporn insisted.

If any tourist encounters a problem or has an emergency, he or she can contact the Tourist Police by calling 1155, or by calling local police on 191.