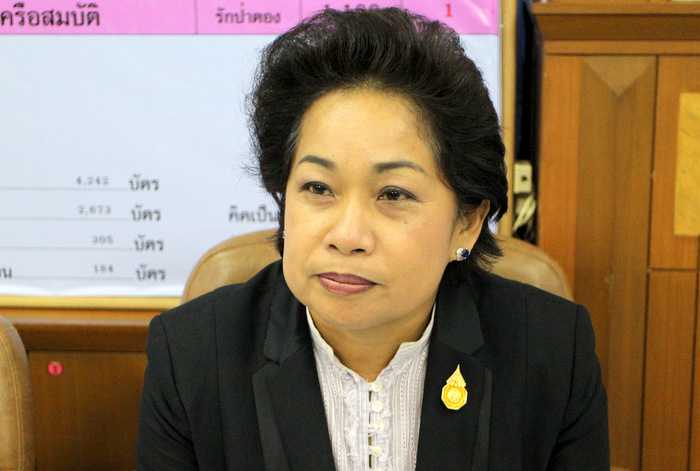 PHUKET: Patong Municipality will not hold any official remembrance ceremonies to mark the death of Pian Keesin, whose body was found at his home north of Phuket Town yesterday morning (story here).

Mr Pian was elected as the town’s first mayor in 1995 and served five terms – totalling nearly two decades. Born in Patong on February 12, 1944, Mr Pian began his political career in 1974 as the Phu Yai Baan (village head) of Village 3 in what has since become Phuket’s leading resort town.

“There will be no special event to mark his death at the municipality, but the office will help support the funeral,” Patong Municipality Chief Administrative Officer Poonsak Naksena told the Phuket Gazette this morning.

“We will ask the Royal Household Bureau to provide a fai prachataan for the funeral.”

A fai prachataan is a ceremonial funeral candle traditionally used to ignite cremation pyres for public figures recognized for their special contribution to society.

“I have spoken with Prab Keesin,” Mr Poonsak said. “He said he will return from Surat Thani with his father’s body tonight. Funeral services will be held at the Keesin family home in Patong tomorrow afternoon.”

Mr Pian’s body was taken to Surat Thani this morning after police ordered an autopsy to be performed in order to rule out foul play (Video Report here).

“At this stage, doctors presume he died of a heart attack or cerebral hemorrhage,” Col Sien Kaewthong of the Phuket City Police told the Gazette yesterday.

The cremation will be held Laem Singh Temple on October 18.

Current Patong Mayor Chalermluck Kebsup, who was elected to office in April this year (story here), was unavailable for comment.

“She’s busy in a meeting with Governor Nisit Jansomwong, where they are preparing for a meeting with Tourism and Sports Minister Kobkarn Wattanavrangkul for the upcoming Asian Beach Games,” Mr Poonsak said.

The games, which are expected to bring more than 13,000 people from 47 countries to watch or take part in the events, will begin in Phuket on November 14 (story here).