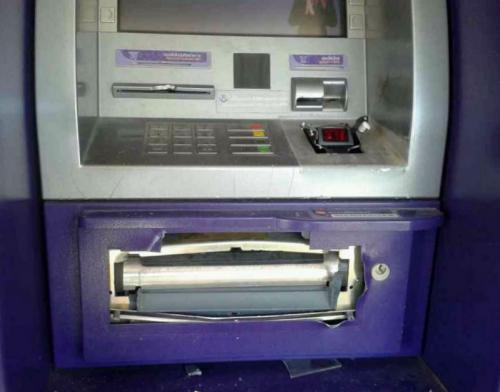 Police were informed at about 11am, after an employee went to service the machine located on Sakdidet Road in front of a 7-Eleven, Somkid Onchun of the Wichit Police told the Phuket Gazette.

“The thief managed to pry off the cover of the cash dispersal slot, but fortunately the bank staff have confirmed that all the money is safe. It was transferred to another location before the police even arrived at the scene,” Capt Somkid said.

“We collected fingerprints from the damaged parts of the machine and sent them to the Office of Forensic Science Police in Bangkok.”

The police have yet to identify suspects.

“At this stage, we do not know who was involved or how many people, as there was no CCTV footage captured at the scene,” said Capt Somkid.

Police asked for anyone with information to step forward.

Although this robbery proved unsuccessful, thieves managed to make off with 1.6 million baht from another SCB ATM last November (story here).