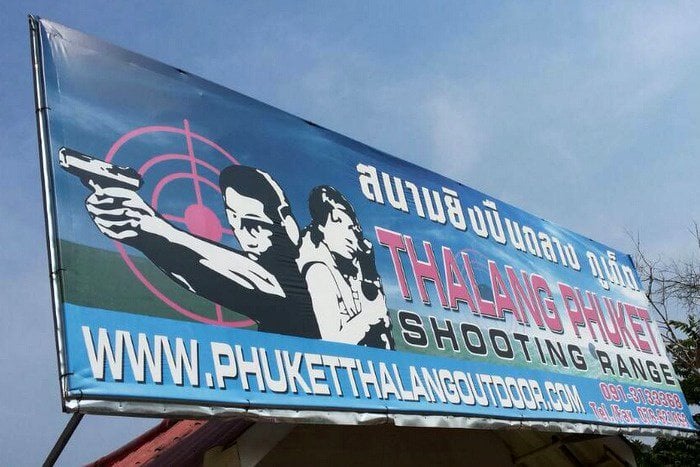 PHUKET: Officials have confirmed that no further safety measures are to be introduced at the Phuket shooting range where a British tourist took his own life on Saturday.

Liam Colven, a 21-year-old from the Isle of Skye in Scotland, arrived at the Thalang Shooting Range on Saturday afternoon. During live-fire target practice, Mr Colven pointed the .11mm handgun he was holding at his head and fired at point-blank range (story here).

Despite CCTV footage from the shooting range showing the instructor working with Mr Colven attempting to take the gun away from the tourist, police have yet to rule out death by accident in their investigation.

“However, we have yet to close the case. We are still considering both possibilities of death by suicide and death by accident.

“Once the family arrives, which I expect to be today or tomorrow, I will question them more about the victim, and ask what reasons there may have been for Mr Colven’s actions.”

Lt Kraisorn noted that the shooting range followed all required procedures in allowing Mr Colven to hire the gun.

“Each customer has an experienced instructor to help with reloading and preparing the gun for shooting,” he said.

“The instructor then places the gun in the customer’s hand and points the gun at the target so it is ready to be fired.”

“He arrived in Phuket on Friday night. We checked his passport, and Thailand was the only country he flew to,” he said.

Thalang District Chief Veera Kerdsirimongkol confirmed to the Phuket Gazette that the shooting range, which remains open for business, will not be required to introduce any further safety measures.

“That shooting range follows all the safety requirements. We inspect all shooting ranges in our area once every three months to make sure they follow the law,” said Mr Veera.

“The staffers check on every customer as required by law. If anyone is drunk or incapable of shooting, they will be rejected. Mr Colven is good at shooting, according to the target. I leave the investigation to police. And I would like to pass on my great sadness to the family.”

Vice Governor Somkiet Sangkaosutthirak, who sits as deputy chair of the provincial standing committee for internal security, today confirmed that he would not intervene in Mr Veera’s handling of the case.

“I am aware of the incident and offer my deepest condolences to his family,” he said.

“However, I will leave the decision of whether or not to introduce any further safety measures in the capable hands of Thalang District Chief [Mr Veera].”