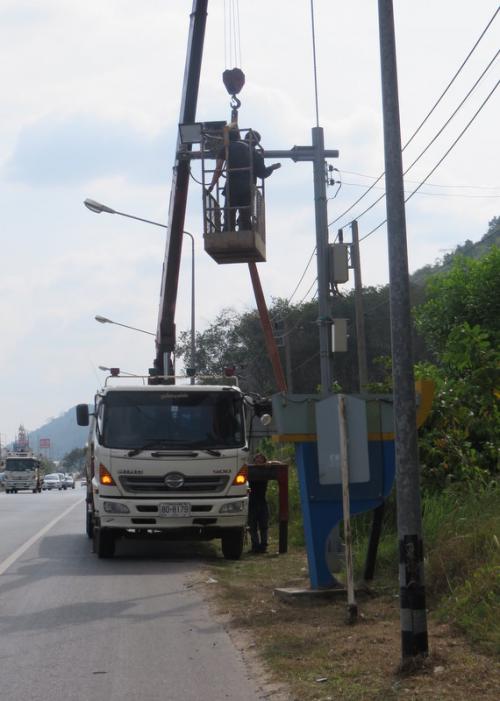 PHUKET: Speed cameras which had faulty infrared sensors are now in full working order on the bypass road in Phuket.

“After installing cameras to monitor speeds on several major roads on the island, we found that the cameras on the bypass road were not reading speed levels at night,” Lt Col Rungrit Rattanapagdee of the Phuket City Traffic Police told the Phuket Gazette.

“We contacted the mechanics from Nextech System Service in Bangkok to investigate.”

Mechanics discovered that the cameras had defective infrared sensors, and quickly replaced them.

“Please limit your speeds to 90 kilometers per hour. Otherwise, you will find a ticket in your mailbox,” Col Rungrit warned.