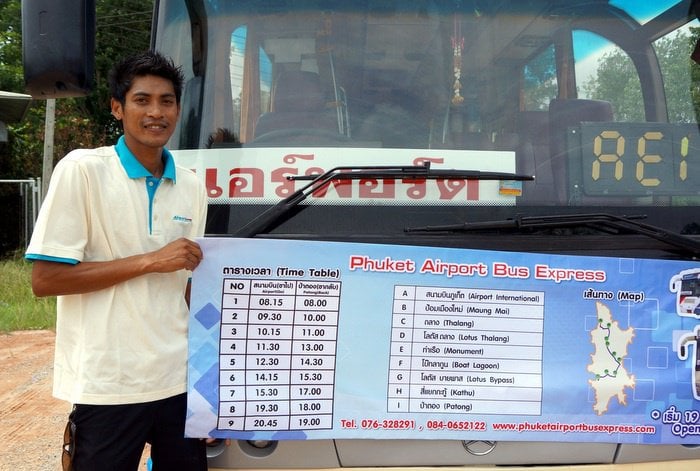 PHUKET: A new shuttle service from Phuket International Airport to three final destinations on the island has garnered the approval of Airport Director Monrudee Gettuphan.

“I personally think it is a good idea to have a shuttle bus running from the airport to destinations throughout the island, such as Saphan Hin in Phuket Town, Karon and Rawai,” Ms Monrudee told the Phuket Gazette yesterday.

The idea, which was first tabled at a meeting with Phuket Governor Nisit Jansomwong, has been brought to the attention of the Airports of Thailand (AoT) board.

“It is a serious investment, so we’ll have to discuss all our options and take into account the fact that there is already a bus running from the airport to Phuket Town and Patong,” Ms Monrudee said. “We don’t want to interfere with other transport options.”

Though the idea was originally slated as a free bus service, Ms Monrudee said that such details needed to be reviewed and that there was no deadline for when the project – if approved – would be up and running.

“At this point, we’ve yet to finalize the idea. We will review all related information and look to do what’s best for Phuket,” Ms Monrudee said.