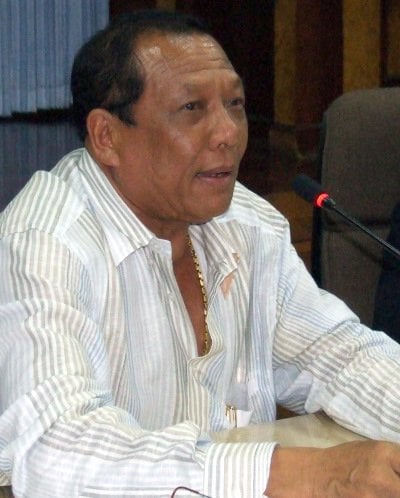 PHUKET: Changes to the Patong traffic flow, on Phuket’s west coast, moved a step closer this week when officials confirmed the new one-way system will take effect on January 15.

Adding to the changes will be new parking zones and regulations coming into effect on December 30, with new road markings and signs being put in place to assist motorists.

Five roads connecting Rat-U-Thit 200 Pee Road and Thaweewong Road (the beach road) will become one-way, doing away with the current system that has traffic switching to the right side of the road instead of the left.

All five roads are located between Prachanukhro Road at the south end of Patong and Phra Barami Road to the north, both of which will remain unchanged in the new system.

The project, designed to help with Patong’s chronic traffic woes, has been held up for months following disagreement on several minor points.

But following a Patong Municipality meeting this week, the new one-way system and parking regulations have been given the go ahead.

Under the new regulations, long lines of tuk-tuks parking on the beach road will be a thing of the past.

Kathu Traffic Division Inspector Jakkawat Buntawekulsawat said, “There will only be a few marked areas where tuk-tuks are allowed to park. They will not be allowed to park in long lines like they have been doing.”

Patong Mayor Pian Keesin said he was confident that half of the parking spaces on the beach road will be reserved for public use.

“We will begin managing the parking area on Thaweewong Road first, then Rat-U-Thit 200 Pee Road, before extending it throughout Patong,” said Mayor Pian.

There will be large billboards in both Thai and English throughout Patong to inform tourists about the new traffic system, and brochures in both languages, including a map, will be distributed.

There was a favorable reaction from Patong business owners at the meeting last week.

Arnut Lawlang, 36, a member of a “club” comprising vehicle rental companies operating along the beach road, told the Gazette, “We agree with this plan, but we would like signs in both Thai and English to clearly indicate which areas are for rental vehicles and which are for public parking.”

Skype back on in Phuket in time for Christmas