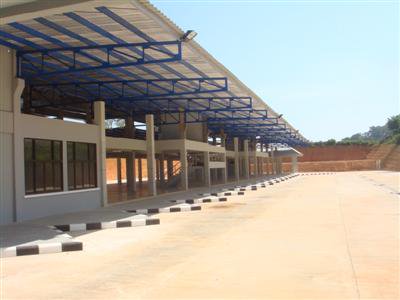 Work on the new station was completed in early December, but efforts by the Transport Office to find a local government body to administer operations there appear to have failed.

Now Rassada Municipality, where the station is located, says it is ‘not ready’ to operate the station.

The PPAO, run by its fiscally conservative president Paiboon Upatising, is also no longer interested in running the station, according to well-informed sources.

With the station lying idle for three months already, the Phuket Land Transport Office now has little choice but to ask the Transport Ministry in Bangkok for additional funding to run the station on its own.

“Hopefully we will be able to open it by the middle of the year,” said Phuket Land Transport Director Kanok Siripanichkorn.

Another glitch in the Land Transport Office’s vision for the complex is that a plan to build a flyover to allow northbound buses to cross busy Thepkrasatree Road is on indefinite hold because Tambon Rassada has yet to approve construction, he said.

The office is now considering an alternate plan that would see buses cross Thepkrasattri Road into Sapam and use smaller roads before making their way north.

“We may have to expand that soi. We will talk about that later,” Dr Kanok said.

The main reason for moving the provincial bus terminal from its current location off Phang Nga Road in Phuket Town was to keep the large coaches off small city streets.

NEWS Hound: Another Phuket Island in the Philippines?